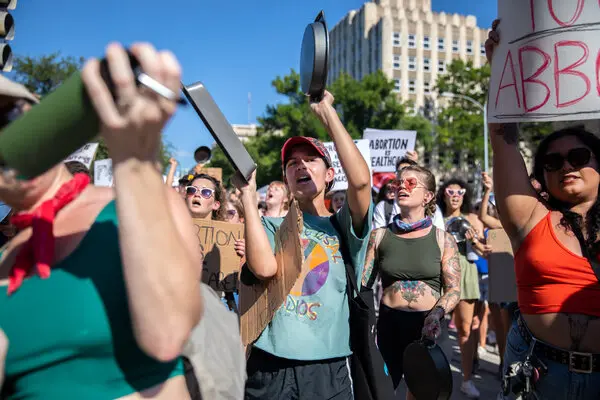 Cities around the South have challenged the supremacy of coastal supercities, drawing a steady flow of creative young people. Will new abortion bans put an end to that?

Ginia Bellafante writes the Big City column, a weekly commentary on the politics, culture and life of New York City.July 8, 2022

Imagine that you are a young woman setting out on your adult life in the United States of America in 2022. College is behind you; fulfilling personal and professional ambitions in a stimulating place is meant to come next. Ten or 20 years ago, depending on your interests, you might have moved, as if by reflex, to New York or Chicago, to Los Angeles or San Francisco. But those cities have become only more punishingly expensive. The average rental price of an apartment in Brooklyn is now $3,500, up 12 percent over last year, when we were still lingering in the misguided belief that the pandemic had perhaps changed the city irrevocably toward the softer and more accessible. (In Manhattan, the figure jumped 32 percent to $4,800.)

In recent years the untenable cost of housing in big cities on the East and West Coasts has sparked demographic shifts that the overturning of Roe v. Wade, among ramifications both intimate and systemic, seems poised to upend. In its annual study of where young people are moving, the financial technology firm SmartAsset has been drawing on census data from 180 cities around the country to determine patterns of migration. The most recent edition of the report, arriving last year, looked at prepandemic data and found that people in their 20s and 30s were already leaving the country’s largest cities in greater numbers. New York was chief among them with a net loss of 40,000; Chicago, Boston and Los Angeles followed.

Where was everyone going? On the list of top 25 destinations were five cities in Texas (Austin, Houston, San Antonio, Frisco and Dallas) and one in Oklahoma (Lawton, population 94,000) — states where abortion bans are now already in effect. Other places — Nashville, Boise, Phoenix and St. Petersburg, Fla. — are in states where abortion is likely to be prohibited or restricted, all of which leaves women to calculate trade-offs between material comforts and essential reproductive freedoms. Certainly one potential and not insignificant consequence of these new limitations on female autonomy is the undermining of a cultural and economic renaissance that so many smaller cities have experienced over the past decade, a renaissance that has led in turn to more progressive political environments.

Lorraine Hariton, the president and chief executive of Catalyst, a nonprofit that has guided companies toward building more equitable workplaces for women for 60 years, has been thinking about these issues. “We are in a labor shortage and talent is top of mind in business. Women represent over 50 percent of the labor force and over 50 percent of college graduates. The focus on DEI is at an all-time high,” she told me. Recruitment is already a challenge. “And changes in legislation will affect the attractiveness of geography for people.”

Great local barbecue, a more manageable pace to daily living and reasonably priced midcentury modern furniture are bound to go only so far as the benefits of compromise. “Young women may say, ‘I’m not planning on getting an abortion,’” Janice Reals Ellig, the chief executive of a boutique Manhattan headhunting firm, told me, “‘but I want to be in a state that’s friendly to women.’” Many in Texas are already concerned about the prospect of businesses changing expansion plans in the state or refusing to move there altogether. “We have had other social issues that have been controversial in the past,” Justin Yancy, president of the Texas Business Leadership Council, remarked to The Austin American-Statesman earlier this week, “but this may be a bigger test.”

It is easy to imagine a scenario in which these disparities in governance only serve to cement the near imperial standing of a few major American cities, corrosively widening the economic and social gulf between them and the rest of the country. Northeastern politicians have already tried to capitalize on the division; New York’s mayor, Eric Adams, quickly pointed out that the state’s position on social issues, like access to abortion and L.G.B.T.Q. rights, make New York more welcoming than other places.

Last month, Gov. Charlie Baker of Massachusetts went further. He said that the state might “encourage” companies in places that have severely curtailed reproductive rights to relocate to Massachusetts, where access to abortion is readily available. The laws protecting reproductive freedom, in fact, are some of the strongest in the country. Should certain businesses take him up on his offer, they would presumably bring their employees with them.

The danger is not just that Austin, or Nashville, or Lawton, Okla., won’t attract certain people; it is also that others will simply choose to leave those places behind. As one concerned friend in Alabama put it to me last week, the threat of the “brain drain is real.” The likelihood of superstar cities like New York and Boston only digging deeper into talent hoarding is just as problematic