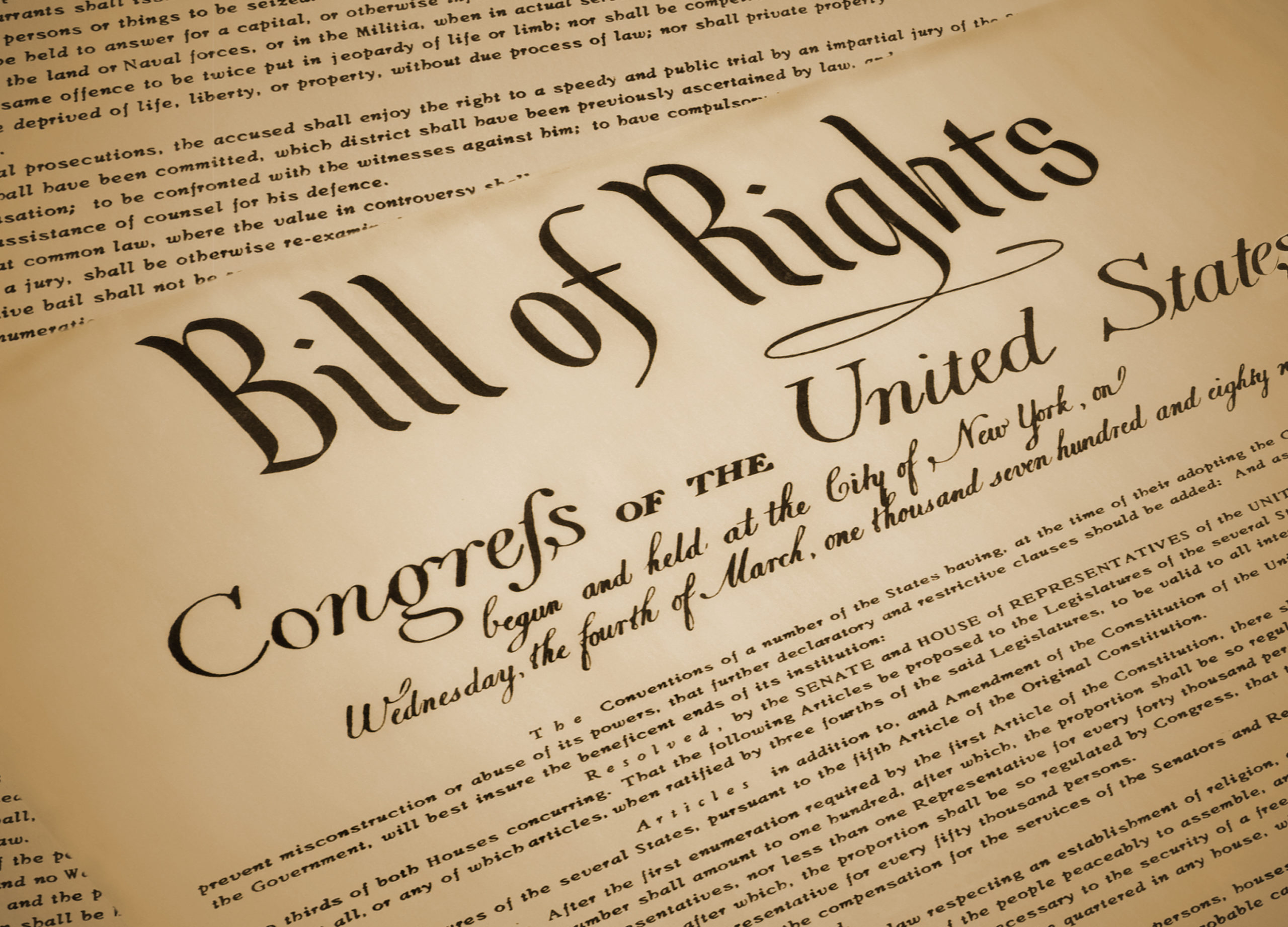 “The only reason women have the right to choose is because it’s determined that there are unenumerated rights coming from the Ninth Amendment in the Constitution.” President Joe Biden spoke these words two years ago in a Democratic debate among presidential candidates.

“The which Amendment?” you might find yourself wondering—and you wouldn’t be alone. The redheaded stepchild of the Bill of Rights is undoubtedly one of the most overlooked provisions (perhaps along with the Third Amendment) of an otherwise elite group of words that are foundational to our democracy. As far as historical significance, it pales in comparison to many amendments that came decades afterward—including, notably, the Fourteenth Amendment, which seems to have stolen much of its thunder.

Now if you were to read the text of the  Ninth Amendment, you might be struck by the apparent significance of the words:

The enumeration in the Constitution, of certain rights, shall not be construed to deny or disparage others retained by the people.

So short, and yet—seemingly—so powerful. The single sentence seems to promise that the American people have constitutional rights beyond those explicitly stated in the other amendments. Given the potential significance of such a statement, why has this amendment mostly lived in obscurity? When we turn to the legal history of the Constitution and its treatment by the courts, we soon see that this amendment has not quite reached its full potential.

The Ninth Amendment, along with the rest of the Bill of Rights, arose in the late 1700s from a dispute between Federalists and anti-Federalists in the early days of the Republic. The anti-Federalists, wary of putting too much power in the hands of a central federal government, argued that an enumerated list of freedoms guaranteed to citizens was necessary to avoid repeating the recent less-than-ideal experience with the English crown. But other framers worried that a definitive list could be construed against the people if interpreted to mean any rights not explicitly enumerated were surrendered. James Madison came up with the Ninth Amendment as a solution to appease both parties. In making his case for an early version of the amendment, Madison connected it with the Federalists’ objections to the Bill:

“It has been objected also against a bill of rights, that, by enumerating particular exceptions to the grant of power, it would disparage those rights which were not placed in that enumeration, and it might follow by implication, that those rights which were not singled out, were intended to be assigned into the hands of the general government, and were consequently insecure. This is one of the most plausible arguments I have ever heard urged against the admission of a bill of rights into this system; but, I conceive, that may be guarded against. I have attempted it, as gentlemen may see by turning to [his version of the amendment].”

But what’s been made of the Amendment since the 18th century? It may not surprise you to know that the answer is: very little. If you went to law school, there’s a reason you may not remember any cases that focus on the Ninth Amendment (an even more valid reason than sleeping through 8 a.m. Con Law after nights out at Bar Review).

The fact is, even the Supreme Court has largely ignored this amendment in all of its extensive jurisprudence. In more than two centuries of precedent, the court has yet to use the Ninth Amendment as the sole basis for a ruling. In most instances, it has merely been paired with other amendments, alluded to for secondary support for a decision, or called on in a concurrence rather than the majority opinion–the last, perhaps most notably, in the case of Griswold v. Connecticut.

In that 1965 landmark decision, the Supreme Court ruled that the Constitution protects the right of married couples to buy and use contraceptives without government restriction. The court inferred the (unenumerated) right of privacy in part from the Ninth Amendment. But for the most part, though implicit rights including privacy (and, more and more contentiously, the right to abortion) have survived the decades, their advocates have largely turned to other amendments for their bases.

It wasn’t until the 1980s that interest in the original meaning of the Ninth Amendment arose in any meaningful capacity. President Reagan nominated Robert Bork, a committed originalist, to a vacancy on the Supreme Court—a nomination that the Senate ultimately rejected, but not before a highly contentious and publicized confirmation process.

President Biden at the time was the head of the Senate Judiciary Committee which presided over the confirmation hearings. Biden led the Committee in grilling Bork on originalism and asked him to reconcile it with the text of the Ninth Amendment, to which the judge answered:

“I do not think you can use the Ninth Amendment unless you know something of what it means. For example, if you had an amendment that says ‘Congress shall make no’ and then there is an inkblot and you cannot read the rest of it and that is the only copy you have, I do not think the court can make up what might be under the inkblot if you cannot read it.”

This famous “inkblot” analogy not only stuck with jurists for decades to come but fomented an unprecedented (no pun intended) interest in scholarship about the amendment.

Despite the rise of interest in the Ninth Amendment since, the conversation has largely been an esoteric one, confined to legal scholars rather than political talking heads or the general public. Unlike the First, Second, or Fourteenth Amendments, the public (and frankly, many attorneys) are largely unaware of the text of the Ninth Amendment today. So why the sudden headlines?

The highly anticipated revisiting of Roe v. Wade and reproductive rights turns largely on unenumerated rights, which could have found a basis in the Ninth Amendment but instead relied on its younger sibling, the Fourteenth. Is there any role for the quiet older Bill of Rights brother to step in where implicit rights are jeopardized?

President Biden has also turned the national spotlight on the long-ignored Ninth Amendment. In remarks last month with the Senate Judiciary Committee on the forthcoming Supreme Court vacancy, President Biden stated, “What I’m looking for is a candidate with…a judicial philosophy that is more of one that suggests that there are unenumerated rights in the Constitution, and all the amendments mean something, including the Ninth Amendment.”

This was not the first time the President has called on the amendment, and perhaps his gravitation towards the provision is no coincidence given his history with Bork’s confirmation. We can probably expect the Judiciary Committee to ask SCOTUS nominee Kentaji Brown Jackson about her views on the Ninth Amendment—perhaps in a sort of 80s Bork déjà vu moment for the President.

Though some consider Biden’s recent spotlighting of the amendment to be throwaway lines, we can perhaps hope that his remarks will be a rallying cry for the nation’s legal minds to think twice about it—or, at the very least, remember that it exists.