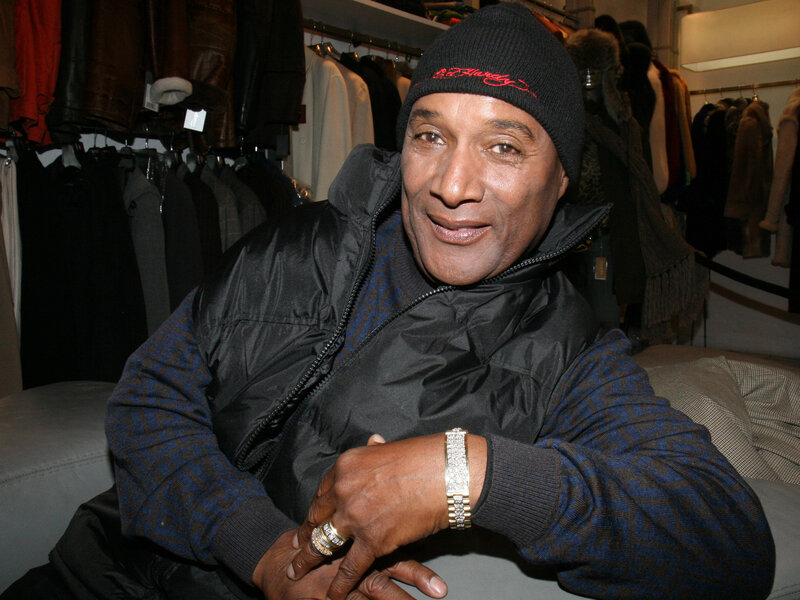 Comedian and writer Paul Mooney has died. Often referred to as the “godfather of modern Black comedy,” a title he embraced, Mooney died after suffering a heart attack at his home in Oakland, CA. He was 79. His death was reported on Twitter by his friend Roland Martin.

Mooney spent decades behind the scenes writing for such shows as Saturday Night Live, In Living Color and, along with his friend Richard Pryor, Sanford and Son starring Redd Foxx.

Mooney’s cool delivery and subversive, catch-you-from-behind humor can be seen in all its glory on Chappelle’s Show in sketches like Negrodamus and Ask A Black Dude.

Mooney was born in Louisiana. In 2009 he told NPR he got his sense of humor from his grandmother. “My grandmother was very funny… She used to sleep with a hammer, you know. So she was a funny person,” he said.

In 2006, Mooney talked to NPR about his decision to stop using the “n” word in his stand-up. It happened after his friend, Seinfeld star Michael Richards, unleashed the word on a crowd of hecklers during a show. Mooney told NPR, “when I saw the video, I mean I’m not easily shocked, I went into shock.” He went on to say, “I was outside of myself looking at me and looking at the word and it was such a weapon. It was such a nuclear – like it was a weapon. It was just – I don’t ever want anybody to have that power again.”Article continues after sponsor message

Mooney might not have been as famous as his friends and peers like Eddie Murphy and Dave Chappelle but his influence on comedy runs deep. Among the tributes on social media, comedian David Alan Grier writes on Instagram, “I performed with Paul on stage, worked with him on screens big and small witnessed him absolutely destroy audiences night after night after night! I will miss your uncompromising truthful insight, intelligence, and searing wit.”

“I recall listening to his RACE album in college and how formative it was. Yeah, the jokes. But more so, the freedom. He spoke freely and fearlessly about feelings and experiences others found difficult to express. May he be truly free now. Rest, sir.”