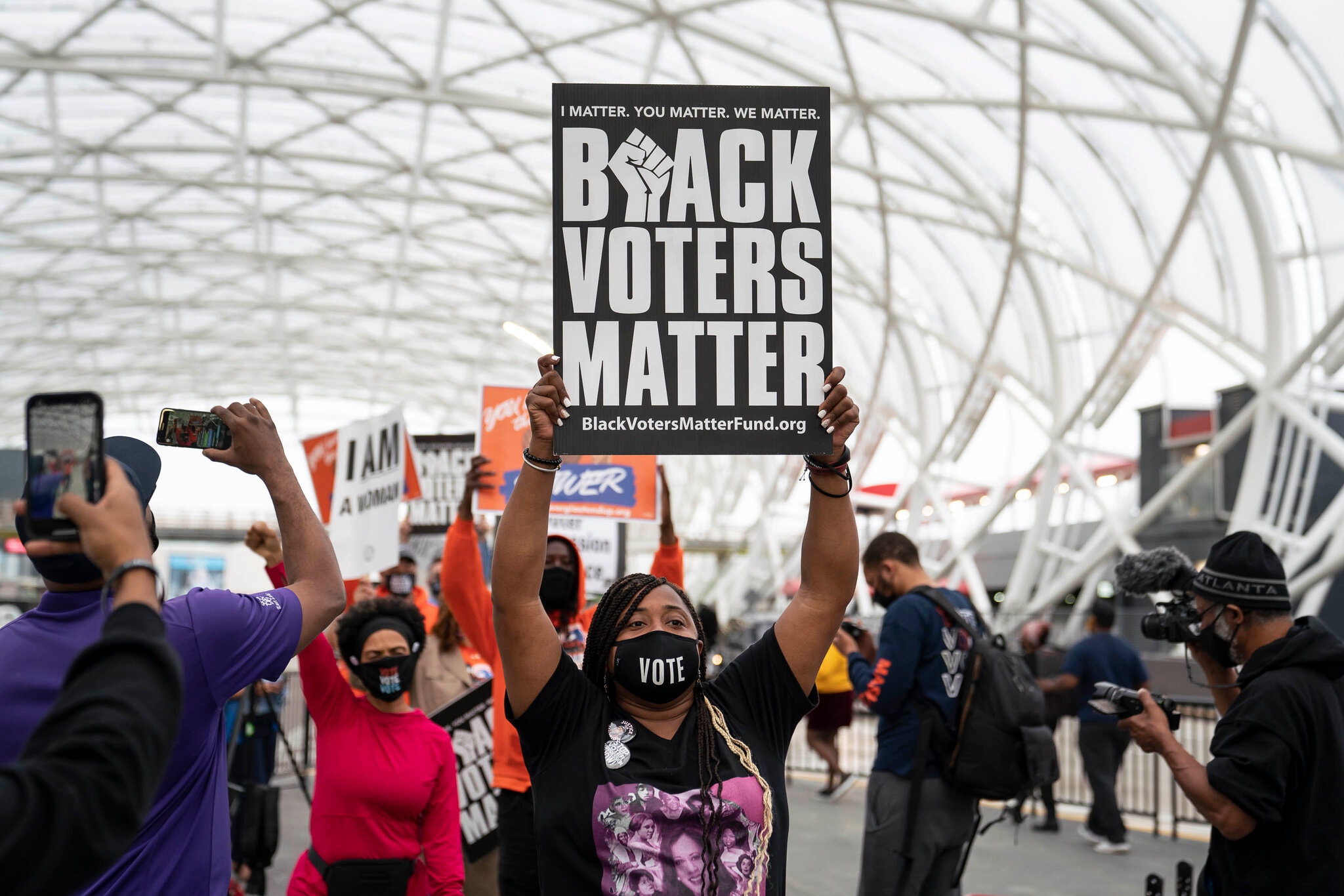 The Justice Department is suing Georgia over a sweeping voting law passed by the state’s Republican-led legislature, Attorney General Merrick B. Garland announced on Friday, in a major step by the Biden administration to confront state-level ballot restrictions enacted since the 2020 election.

“The rights of all eligible citizens to vote are the central pillars of our democracy,” Mr. Garland said in a news conference at the Justice Department. “They are the rights from which all other rights ultimately flow.”

The lawsuit is among the highest-profile enforcement actions to be brought under the Voting Rights Act since the Supreme Court in 2013 gutted a key provision that allowed the Justice Department to stop states from passing laws viewed as facilitating voter discrimination.

The lawsuit shows that the Justice Department under the Biden administration intends to use the remaining tools it had to aggressively fight state actions that it sees as potentially disenfranchising minority voters. Mr. Garland vowed earlier this month that the department would deploy all of its available law enforcement options to combat voter discrimination.

“This lawsuit is the first of many steps were are taking to ensure that all eligible voters can cast a vote, that all lawful votes are counted and that every voter has access to accurate information,” Mr. Garland said, calling on Congress to give the department more tools to ensure voting rights.

The Justice Department lawsuit accuses the Georgia law of effectively discriminating against nonwhite voters and seeks to show that Georgia lawmakers intended to do so.

The Georgia law ushered in a raft of new restrictions to voting access and dramatically altered the balance of power over election administration. The law followed an election that saw Georgia, a once reliably red state, turn blue for the first time in nearly 40 years in the presidential race, followed by two quick successive Senate seats flipping from Republican to Democratic.

Georgia was the epicenter of former President Donald J. Trump’s months long effort to overturn the election results. He seized on numerous false conspiracy theories about the Georgia election, and continued to claim that it was rife with fraud despite three separate recounts and audits — including one conducted entirely by hand — reaffirming the results.

Critics were quick to cry that the law was rooted in the former president’s falsehoods and was seeking to undo the Democratic wave in Georgia, taking aim at the state’s no excuse absentee voting provision, which had been passed by Republicans in 2005 but became the preferred method of voting for Democrats in the 2020 election amid the pandemic.

“Where we believe that the civil rights of Americans have been violated, we will not hesitate to act,” Mr. Garland said.