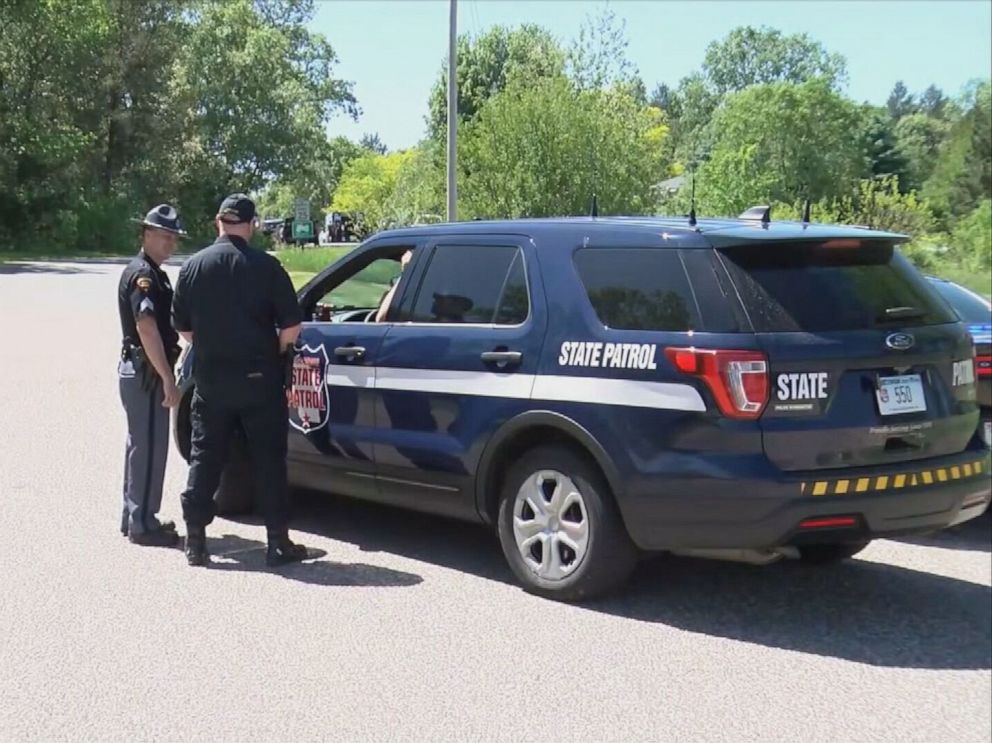 Law enforcement responded to a home in New Lisbon, Wisconsin, Friday morning after a 911 caller reported there was an armed person in the residence who had fired two shots, according to Wisconsin Attorney General Josh Kaul.

The caller had exited the home and contacted law enforcement from a nearby home.

The Juneau County Special Tactics and Response Team responded and attempted to negotiate with the alleged shooter before entering the home. Inside, they found the homeowner, a 68-year-old man, dead, and a 56-year-old man in the basement suffering from an apparent self-inflicted gunshot wound, Kaul said.

The suspect, who has not been identified, was transported to a nearby hospital in critical condition, Kaul said. A firearm was recovered at the scene, he said.

“This does appear to be a targeted act,” Kaul told reporters Friday. “The individual who is the suspect appears to have had other targets as well. It appears to be related to the judicial system.”

Kaul did not provide further details on the man killed and the other targets, beyond that they appear to be targeted “based on some sort of court case or court cases.”

The law enforcement official confirmed to ABC News that the victim was retired Juneau County Judge John Roemer. When SWAT entered the home, they found Roemer zip-tied to a chair and fatally shot, according to the source.

A hit list with over a dozen names found inside the suspect’s car at the scene included Roemer’s, McConnell’s and Whitmer’s, as well as Wisconsin Gov. Tony Evers’, the source said.

The information is preliminary and could change as the investigation continues.

Kaul said authorities have contacted those believed to be targets and that they have determined there is no threat to the public at this time. Investigators are also working to determine any link between this incident and others, he said.

A spokesperson for Whitmer confirmed to ABC News that their office was notified on Friday that the governor’s name “appeared on the Wisconsin gunman’s list.”

“While the news reports are deeply troubling, we will not comment further on an ongoing criminal investigation,” Whitmer’s deputy chief of staff, Zack Pohl, said in a statement.

A spokesperson for Evers told ABC that they do not comment on specific security threats or the governor’s security detail.

The Wisconsin Department of Justice’s Division of Criminal Investigation is leading the investigation into the shooting.

The investigation is being handled as both a homicide and a possible case of domestic terrorism, the law enforcement official told ABC News.

Roemer was first elected to the Juneau County Circuit Court in 2004 and was reelected in 2010 and 2016 before retiring in 2017. He had previously served as an assistant district attorney for Juneau County and an assistant state public defender. He also was a lieutenant colonel for the U.S. Army Reserves.

Threats against judges have increased in recent years. By one measure, there were over 4,500 threats and “inappropriate communications” against protected people, which includes federal judges, last year, according to the U.S. Marshals.MORE: 1 year after son’s death, Judge Esther Salas says ‘we need to send a message’

“Typically security for judges is based on threats,” ABC News crime and terrorism analyst Brad Garrett told “Good Morning America.” “It’s all going to be driven by known threats because there isn’t enough manpower obviously to guard every judge at every level in this country.”

Garrett said more should be learned in the coming days about how much law enforcement knew about the alleged shooter.

U.S. District Judge Esther Salas is fighting to get a federal bill passed that would limit access of public officials’ private information after her son was murdered in a targeted attack at their New Jersey home in 2020. A similar bill was passed in New Jersey in 2020. Daniel’s Law, named after Salas’ son, shields the home addresses and telephone numbers of any active or retired judge, prosecutor and law enforcement officer from public disclosure.

ABC News’ Will McDuffie and Matt Foster contributed to this report.