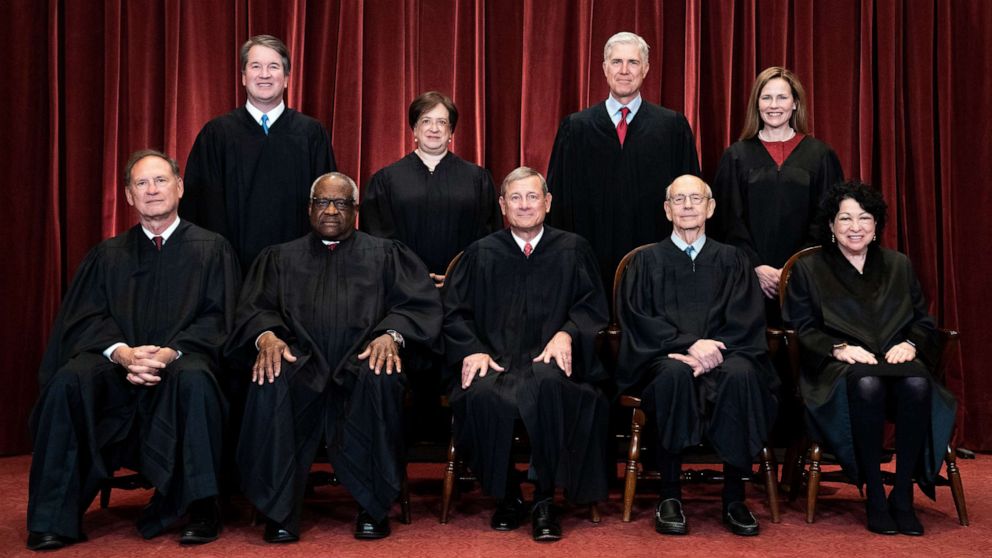 The justices could issue the first major Second Amendment decision in a decade.

As the nation grapples with a surge in gun violence and record gun sales, the U.S. Supreme Court said Monday it would consider whether Americans have a fundamental right to carry a handgun outside the home for self-defense.

The case is an appeal by the New York State Rifle and Pistol Association and two individual gun owners seeking to challenge state gun licensing rules that grant concealed carry permits only to those with “proper cause” to possess a firearm outside the home.

Lower courts have split over whether that standard is constitutional under the Second Amendment. The justices will hear arguments during its next term, which begins in October.

The case is a major test for the court’s new conservative majority, including three appointees by President Donald Trump, which has taken a more expansive view of gun rights in the past. The court hasn’t issued a major gun-rights ruling in more than a decade.MORE: Fear fuels gun sales as Biden vows crackdown

In a 2008 decision, District of Columbia v. Heller, a narrow 5-4 majority affirmed a “deeply rooted” individual right to keep and bear arms inside the home for self-defense. Two years later, in McDonald v. City of Chicago, the court struck down the city’s handgun ban as a violation of that standard. The justices have not weighed in on the right to carry a handgun outside the home.

“The time has come for this Court to resolve this critical constitutional impasse and reaffirm the citizens’ fundamental right to carry a handgun for self-defense,” the plaintiffs wrote the court in their brief. “The text, history, and tradition of the Second Amendment and this Court’s binding precedents compel the conclusion that the Second Amendment does indeed secure that right.”MORE: Chicago ends 2020 with 769 homicides as gun violence surges

The state of New York and gun safety groups defend the regulation of concealed carry permits as longstanding and constitutional under the court’s precedent allowing regulation of guns for safety.

“Under New York’s law, applicants who seek an unrestricted license to carry a concealed handgun in public must establish ‘proper cause.’ This flexible standard, which numerous New York residents have successfully satisfied, generally requires a showing that the applicant has a non-speculative need for self-defense,” the state told the court in its brief.

Gun safety advocates expressed disappointment over the court’s decision to take the case.

“Today’s announcement is a warning sign that our nation’s highest court is poised to brush aside the will of the people and instead side with gun lobby groups seeking to eliminate even the most modest firearm laws,” said Hannah Shearer, director of litigation at Giffords Law Center, a gun safety advocacy group. “We urge the Supreme Court to reject those dangerous arguments and instead protect recent progress toward gun safety reform.”

An estimated 201,000 New Yorkers had active concealed carry permits in 2019, according to an academic analysis by John R. Lott at the Crime Prevention Research Center. The state ranked as having one of the smallest numbers of permit holders as a percentage of adult population given what critics say are unduly strict requirements.

Lott estimated that over 18 million Americans have concealed handgun permits – a more than 300% increase since 2007.

A decision striking down New York’s “proper cause” requirement could expand the availability of concealed carry permits and the prevalence of lawfully possessed handguns outside the home. If the court upholds New York’s regulatory framework, it could embolden efforts by gun safety advocates to limit the number of weapons carried openly in public.