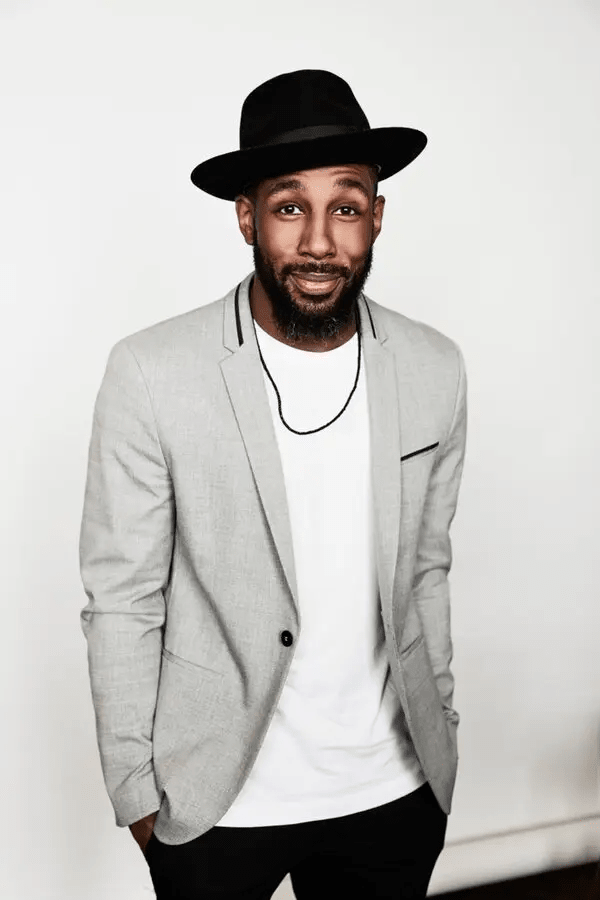 Stephen Boss, a charismatic hip-hop dancer and television personality known as tWitch who rose to fame on the reality show “So You Think You Can Dance” before becoming a regular on “The Ellen DeGeneres Show,” died on Tuesday in a motel room in Los Angeles. He was 40.

The death was ruled a suicide by the Los Angeles County medical examiner’s office.

Mr. Boss joined “So You Think You Can Dance” in 2008 as a 25-year-old with a talent for popping — a dance form associated with hip-hop that involves isolating parts of the body with a staccato rhythm — and an ability to make the judges burst into laughter with his facial expressions and theatrics.

He soon found himself dancing unfamiliar styles like the waltz and the tango on national television, and he finished the show’s fourth season as runner-up. Later on in the series, Mr. Boss performed a hip-hop duet with Ellen DeGeneres — featuring him as a therapist in a sweater vest and her as his client — that would end up shaping the rest of his career.

As a bubbly presence on TV who liked to wear a fedora and often broke into dance, Mr. Boss spent nearly a decade with “The Ellen DeGeneres Show” as D.J., guest host and, eventually, an executive producer. “I count on him to look over at and make silly jokes,” Ms. DeGeneres said in an episode this year, the show’s last. “He’s my pal, he’s my sidekick.”

In a statement on Wednesday, Ms. DeGeneres said she was “heartbroken” over the death, calling Mr. Boss “pure love and light.”

Stephen Laurel Boss was born on Sept. 29, 1982, in Montgomery, Ala., to Connie Boss Alexander and Sandford Rose. He started dancing as a teenager and earned the nickname tWitch because he could not stop moving in school or in church.

“Dance constitutes a lot of the conversation that I have,” Mr. Boss told the website Collider in 2014. “While I’m not a ridiculous wordsmith and I can’t clearly verbalize the things that I’m feeling sometimes, I’d say that I can emote how I feel by dancing, 100 percent of the time, and fearlessly at that.”

By the time Mr. Boss made it onto “So You Think You Can Dance,” he had already competed on “Star Search” and the MTV show “The Wade Robson Project,” in addition to more traditional dance training at Chapman University in Orange, Calif.

If he had not been chosen for “So You Think You Can Dance,” he said in interviews, he planned to join the Navy. But the show embraced him, and for years he would return to dance with new contestants and serve as a judge.

Mr. Boss’s marriage also had its origins on the reality show. After dancing with Allison Holker — a contemporary dancer who had performed on Season 2 — at a party at the end of a later season, they became inseparable.

“We danced and we were together, like holding hands the very next day, and never looked back,” Ms. Holker Boss told People magazine this year.

Dance was often at the center of their relationship: Mr. Boss proposed while the couple were filming choreography for a Microsoft commercial, and the dance — later posted online — turned into a romantic duet. They married in 2013 and built a significant social media following, hosting a reality TV show and posting both dance videos and peeks into their life raising a family.

“Stephen lit up every room he stepped into,” Ms. Holker Boss said in a statement. “He valued family, friends and community above all else, and leading with love and light was everything to him.”

In addition to his wife and his parents, Mr. Boss is survived by a son, Maddox; a daughter, Zaia; a stepdaughter, Weslie; a brother, Deondre Rose; a grandfather, Eddy Boss; and two grandmothers, Elnora Rose and Marie Boss.

After finding fame as a dancer, Mr. Boss explored an acting career. He appeared in films in the “Step Up” franchise and in the second “Magic Mike” movie. (In his role as Ms. DeGeneres’s sidekick, he had his body hair waxed on her show in preparation for “Magic Mike XXL.”)

With Ms. DeGeneres’s show ending this year after 19 seasons, Mr. Boss called his return to “So You Think You Can Dance” as a judge a “full-circle moment” in an interview on the “Today” show. He then put his talk-show charm on display as he gave the hosts dance lessons in salsa, popping and locking, and the robot.