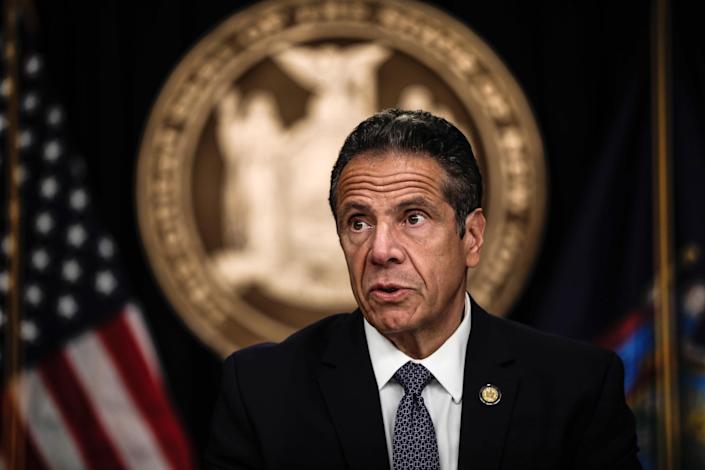 WASHINGTON — Ten years ago, New York GOP Congressman Christopher Lee resigned from Congress after reporting surfaced that he sent a woman a bare-chested photo of himself.

Today, Democratic New York Gov. Andrew Cuomo is refusing to step down after a state investigation found he sexually harassed 11 different women, nine of whom are former or current employees, violating state and local law.

And a difference between those two tales of New Yorkers is something we’ve noticed over the past decade: It’s become harder and harder to shame politicians out of office or off the campaign trail, no matter the evidence against them or the people who’ve called for them to resign.

Think about it: Donald Trump after “Access Hollywood” or the other accusations against him. Roy Moore. Scott DeJarlais. Matt Gaetz. You can even go all the way back to Bill Clinton — after he didn’t tell the country the truth about his affair with a White House intern.

And the political question we have this morning for Cuomo is whether he puts his party through of all of this, especially ahead of the 2022 midterms.

By the way, New York Democratic Lt. Gov. Kathy Hochul, who would replace Cuomo if he steps down or is impeached, got her start in national politics when she won the special congressional election to replace, you guessed it, Christopher Lee.

It’s the latest high-profile defeat for progressives in the Biden Era — after primary wins by Terry McAuliffe in Virginia and Eric Adams in New York City.

And it’s a reminder that Bernie Sanders and the movement he created don’t play well in cities like Cleveland with substantial Black populations. In the 2020 Ohio Democratic primary, Sanders got just 16 percent of the vote in Cuyahoga County, while Joe Biden got 70 percent.

So it only makes sense that the candidate promising to be the stronger Biden ally won this race.

Meanwhile, in the GOP primary to fill former Rep. Steve Stivers’ seat in Ohio’s 15th Congressional District, the Trump-endorsed Mike Carey won, getting 37 percent of the vote in an 11-candidate field.

Well, we got our answer — at least when the field has 11 different candidates.

Brown and Carey will be the overwhelming favorites to win their special general elections in November.

Bottom line: We learned last night that it’s still Joe Biden’s Democratic Party (even if progressives have a seat at the governing table), and that it’s Donald Trump’s Republican Party (especially in a crowded field).

#OH11 Nina Turner in concession speech: “I am going to work hard to ensure that something like this doesn’t happen to another progressive candidate again. We didn't lose this race, evil money manipulated and maligned this election.”