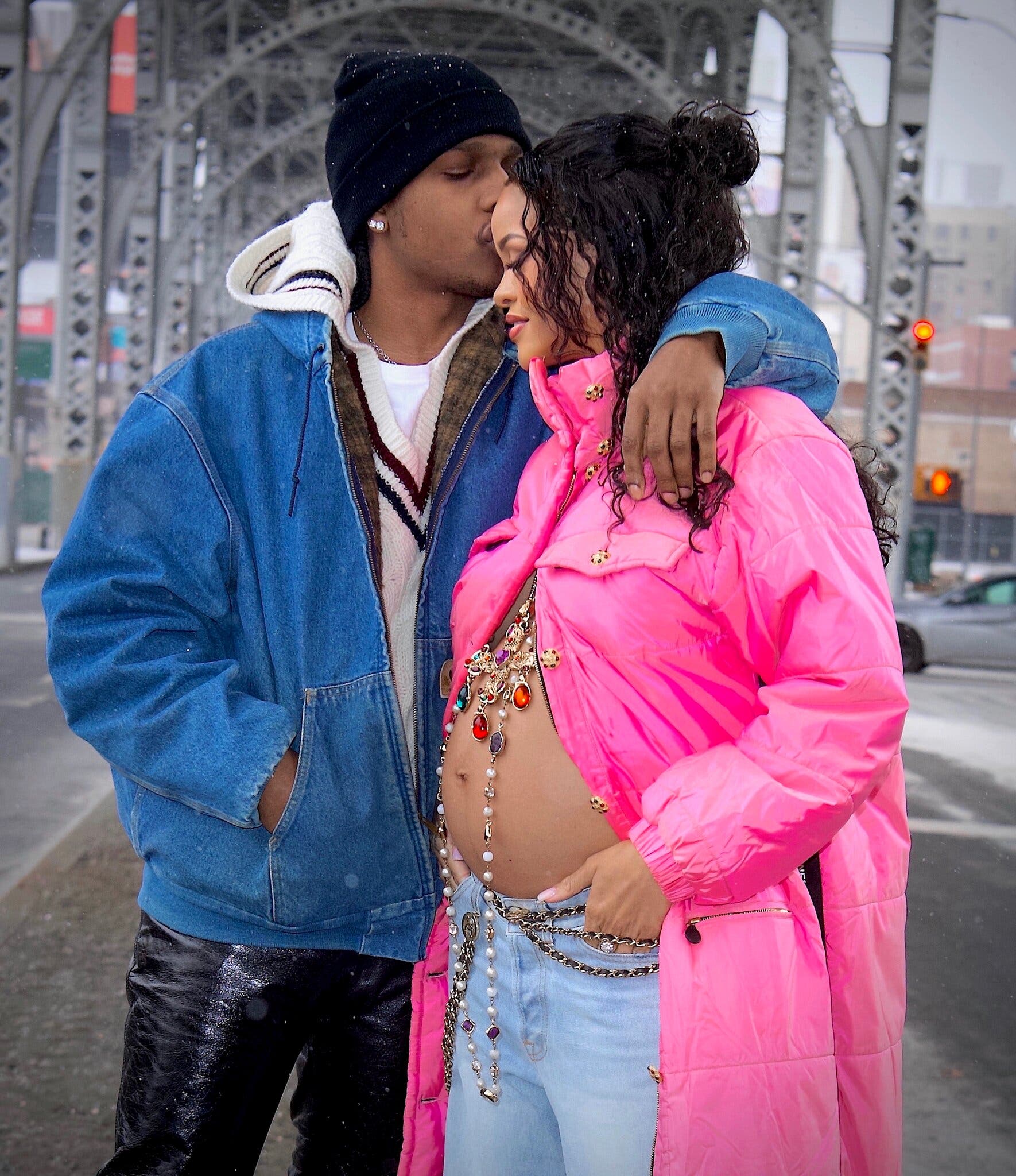 Rihanna fans have been waiting for new music – but the artist, fashion and beauty mogul has another kind of project on the way.

The two were photographed walking hand-in-hand in New York City over the weekend (when temperatures fell below freezing), Rihanna wearing a long pink coat unbuttoned to show off her growing baby bump, adorned by long body chains that fell past her belly.

Miles Diggs, the photographer who snapped the photos, shared them Monday on Instagram with the caption “SHE IS !”

Rihanna on kids:Musician wants ‘three or four’ kids with or without a partner, opens up about her own childhood

Rihanna and Rocky, both 33, have largely kept mum about their relationship, though rumors began surfacing as far back as 2013, when the rapper opened for Rihanna’s Diamonds World Tour. She revealed she was dating Hassan Jameel in 2019, but later attended the 2021 Met Gala with Rocky.

The rapper referred to her as “the One” in a GQ interview last summer, expressing how his life is “so much better” being in a relationship.

“So much better when you got the One,” he added. “She amounts to probably, like, a million of the other ones. I think when you know, you know. She’s the One.”

Rocky also said he would “absolutely” be open to having children “if that’s in my destiny.”

He added: “I think I’d be an incredible, remarkably, overall amazing dad. I would have a very fly child. Very.”

Rihanna revealed in March 2020 that she wants to have three or four kids within the next 10 years: “I know I will want to live differently,” she told British Vogue of how she sees her future. “I’ll have kids – three or four of ’em.”

In November, Rihanna was named Barbados’ 11th national hero by the nation’s Prime Minister Mia Mottley as the country celebrated becoming a republic for the first time in history.

Rihanna honored by Barbados:Named a national hero: ‘May you continue to shine like a diamond’

“May you continue to shine like a diamond and bring honor to your nation,” Prime Minister Mottley added using lyrics from the singer’s 2012 single “Diamonds.”

Last year, Forbes dubbed Rihanna one of the richest female entertainers in the world. The publication estimates her net worth at $1.7 billion, with most of it coming from her cosmetic brand Fenty Beauty.