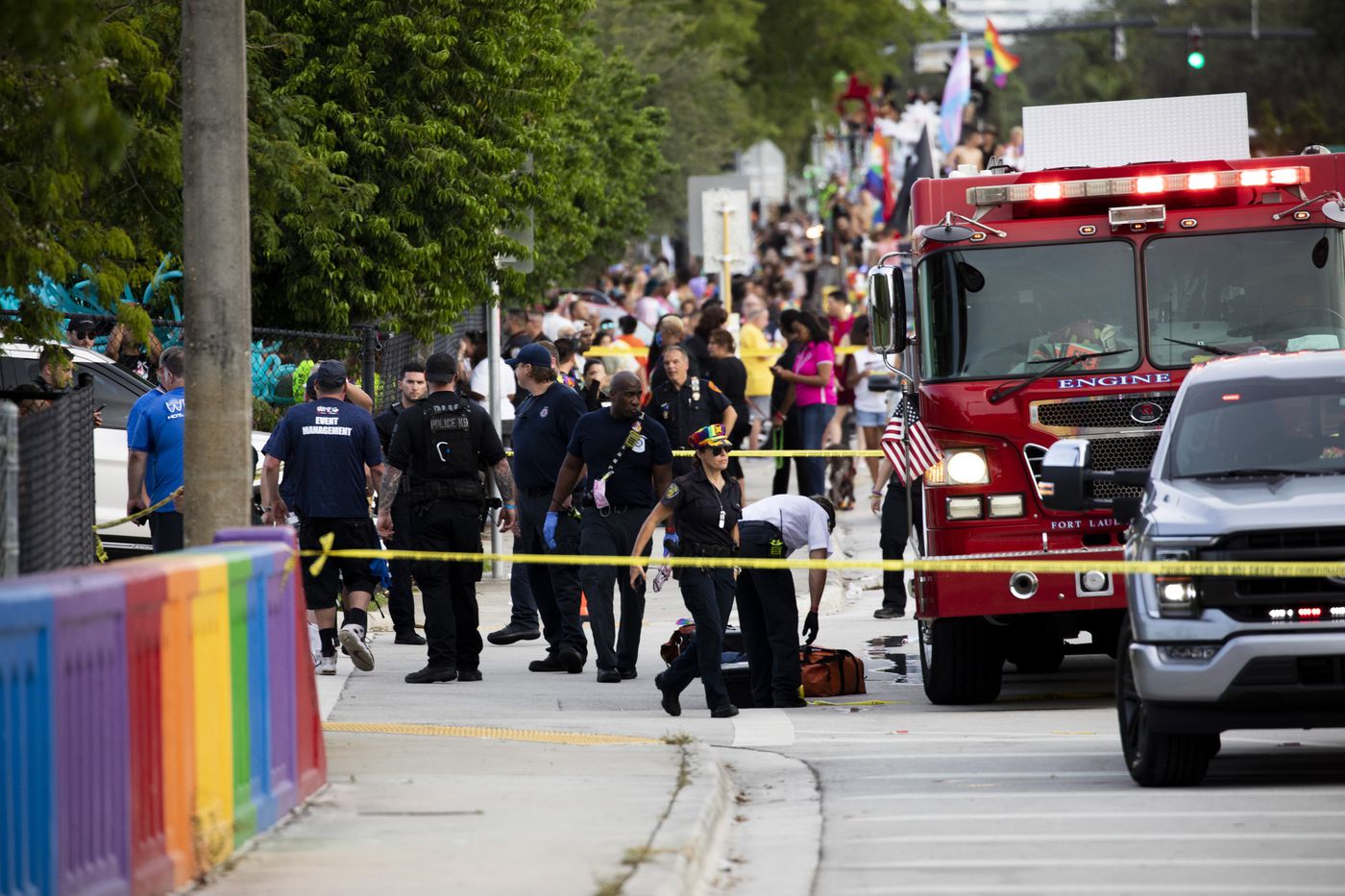 A man drove his pickup truck drove into a crowd of spectators at the start of the Wilton Manors Stonewall Parade and Festival in what some witnesses described as an intentional act — although police had not ruled out an accident.

One person is dead and another is expected to survive, officials said.

Fort Lauderdale Police spokeswoman Detective Ali Adamson declined to say whether the driver, who is in custody, was arrested or will face any charges.

The driver and the victims were all members of the Fort Lauderdale Gay Men’s Chorus, according to chorus President Justin Knight.

“Our thoughts and prayers are with those who are affected,” said Knight, who was not at the scene but recognized the driver from video. “Our fellow chorus members were those injured, and the driver was a part of the chorus family. … To my knowledge it was an accident. This was not an attack on the LGBTQ community.”

Knight declined to reveal the driver’s identity. Video posted to Twitter by a WPLG-Ch. 10 reporter appeared to show the driver being taken into custody wearing a T-shirt bearing the logo of the chorus on the back.

The Stonewall Parade and Festival is an LGBTQ Pride event, attracting hundreds of spectators and participants from across the county. Many local small businesses closed their doors to participate in the parade, which was canceled.

Asked whether the crash was deliberate, Lagerbloom said: “I don’t want to comment. We need to let the police do a fair and impartial investigation, and I don’t want to impact it.”

In the immediate aftermath, a distraught Fort Lauderdale Mayor Dean Trantalis called it “a terrorist attack against the LGBTQ community. This was clearly no accident.” He also said he was shaken by what he witnessed.

Others, who did not know the driver, agreed it appeared to be intentional.

“We were at the start of the parade, right in front of Fort Lauderdale High School,” said spectator Christina Currie, who was there with her husband, their 9-year-old daughter and 7-year-old son. “All of a sudden there was a loud revving of a truck and a crash through a fence. It was definitely an intentional act right across the lanes of traffic.”

The police response was immediate.

“He jumped out of the truck and the police grabbed him,” Trantalis said. “He was screaming vulgarities.” As it happens

Wilton Manors Mayor Scott Nelson said the parade was immediately canceled out of respect for the victims and so police could start an thorough investigation.

Currie described the incident as a tragic twist to an event her family came to support.

“The kids are obviously extremely upset,” said Currie. “They don’t understand why someone would do this.”