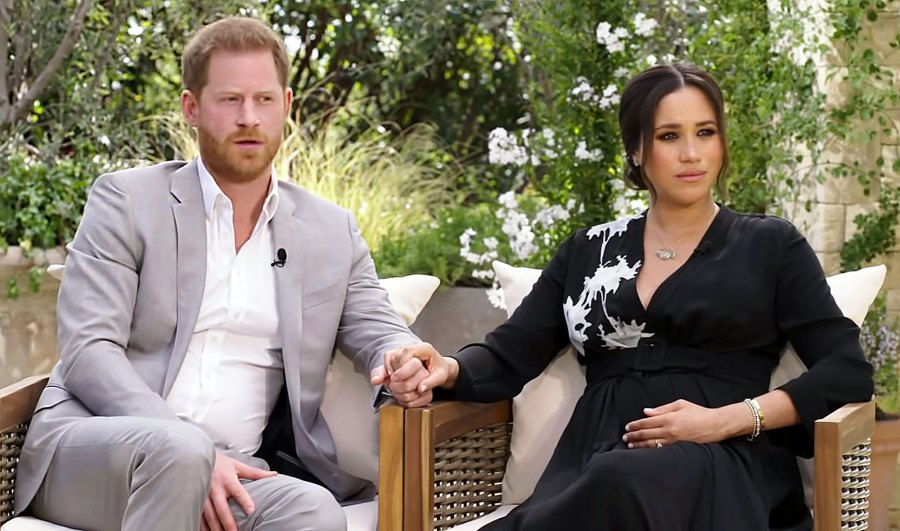 Oprah spoke with CBS This Morning co-anchor Gayle King about her no holds barred interview with the Duke and Duchess of Sussex and shared several unseen clips.

One topic that was particularly controversial was Meghan and Harry’s claims that a member of the royal family expressed concerns about how “dark” their future son Archie’s skin tone would be. Oprah revealed that while Prince Harry would not share the identity of the member of the royal family who made comments about his future child’s skin color, he did share who wasn’t behind those conversations.

“He did not share the identity with me, but he wanted to make sure I knew and if I had the opportunity to share it that it was not his grandmother [Queen Elizabeth] nor his grandfather [Prince Philip] that were a part of those conversations,” Oprah shared.

You can now watch CBS Presents Oprah with Meghan and Harry: A Primetime Special on https://t.co/bbQB95Wwph and the CBS app. #OprahMeghanHarry pic.twitter.com/YBv6qhP4x3

In one clip, Harry reveals that he feels that even his grandmother, Queen Elizabeth II, can be manipulated within “the Institution.” He recalled a time surrounding his and Meghan’s announcement that they planned to step down as senior members of the royal family in January 2020, when the queen had invited the couple to join her at Sandringham. The invitation was later rescinded by a member of the queen’s staff, who claimed she was too busy to meet with them.

“So I rang her, and that night I said, ‘I was thinking about coming anyway, but I hear you’re busy,'” Harry recalled of speaking to the queen. “She said, ‘Yes, there’s something in my diary that I didn’t know.’ I I said, ‘Well, what about the rest of the week?’ She says, ‘That’s busy now, as well.’ OK. I didn’t want to push because I knew what was going on.”

When Oprah asked couldn’t the queen do what she wanted to do, Harry replied, “No, when you’re head of the Firm, there is people around you that give you advice.

In January 2020, Prince Harry and Meghan announced plans to step back as senior members of the Royal family. In this exclusive clip, they tell @Oprah they were then invited to spend time with his grandmother, the Queen, but the plans abruptly changed citing she's "busy all week." pic.twitter.com/dLhq0SAgfN

Oprah later joined Gayle and the CBS This Morning team where she expressed what she gleaned about the royal family’s struggles within “the Institution.”

“I took away from that that there are, as Harry indicated, there are people surrounding the family who are advisers to the family, who have been there for a long time, and that’s a part of the hierarchal structure. And those people have a lot of influence and also input,” Oprah shared.

In another clip, Harry says that racism played a big factor in their decision to leave the U.K.

“It was a large part of it,” he shared in the new clip. He said someone warned him at a fundraiser not to take on the tabloid press, noting that the U.K. was “bigoted.”

“I said I disagree. If the source of information is corrupt or racist or biased, then that filters out to the rest of society,” Harry shared, saying he feels it is the press not the public who are bigoted.

#EXCLUSIVE: Prince Harry reveals to @Oprah a “large part of” the reason he and Meghan left the UK was because of racism. #OprahMeghanHarry pic.twitter.com/ksAZWargg1

During Sunday’s broadcast, Meghan and Harry made some shocking claims. Meghan revealed that she suffered from suicidal thoughts while pregnant with son Archie. She said she was told senior members of “the Institution” told her she could not get help. She and Harry both accused an unnamed member of the royal family of questioning “how dark” their future son’s skin tone would be and how that would look for the family. Harry also revealed that his father, Prince Charles, stopped speaking to him for a time.