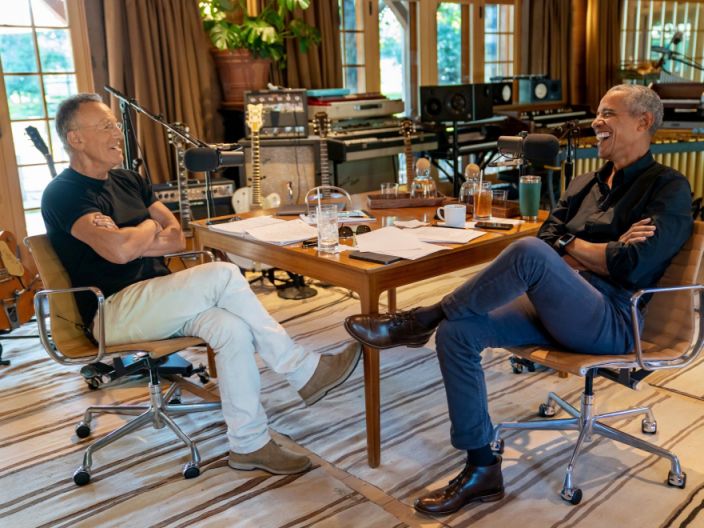 Barack Obama backed the reparation of Black Americans for the first time, calling it “justified” but blamed “politics of white resistance and resentment” as the reason for not being able to push it during his presidency.

The former president was speaking on the topic of “race relations in the US” during the second episode of his podcast series titled “Renegades: Born in the USA” that he kicked off with rock legend Bruce Springsteen.

The two were discussing about the bill regarding reparations, which would study racial reparations for compensating Black Americans descended from slavery and victims of systemic racism.

“If you ask me theoretically ‘are reparations justified?’ the answer is yes,” Mr Obama said.

“There’s not much question that the wealth of this country, the power of this country was built in significant part, not exclusively, maybe not even the majority of it, but a large portion of it was built on the backs of slaves,” he said.

He went on to say that the descendants of those who suffered “terrible, cruel, often arbitrary injustices” deserve compensation and recognition.

Mr Obama’s current stand is in contrast with his earlier comments on the subject. During his presidential campaign in 2008, he appeared to oppose reparations and said “the best reparations we can provide are good schools in the inner city and jobs for people who are unemployed.”

He said during the podcast on Monday that a reparation proposal during his presidency would have met with “the politics of white resistance” and “white resentment”.

“And what I saw during my presidency was the politics of white resistance and resentment. The talk of ‘welfare queens’ and the talk of the ‘undeserving’ poor. And the backlash against affirmative action,” Mr Obama said.

The policy regarding reparations has been pushed to Congress for over three decades now. The latest debate was prompted after congressional Democrats renewed the push, introducing the H.R. 40 bill to the House of Representatives.

The bill has put president Joe Biden on the spot to see if his administration would support Black Americans as the topic of racial justice remained a talking point after the Black Lives Matter movement gripped the nation over the past year.

Mr Biden, who served as the former vice president under Mr Obama, has been in support of the idea of federal study into reparations but never expressed full support for legislation.