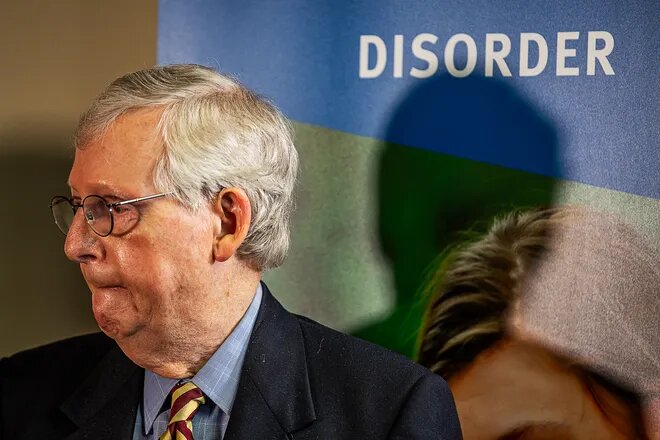 It was unclear what the outcome of Tuesday’s election would mean for control of the Senate for several days as the vote tallies of close races across the country were counted. However, Democrats clinched the majority this weekend when Democratic U.S. Sen. Catherine Cortez Masto of Nevada, America’s first-ever Latina senator, won her highly competitive reelection bid.

The GOP and McConnell hoped to flip the Senate in last week’s election, but that didn’t happen. That means McConnell, whom Senate Republicans are expected to keep as their top official, is set to remain Senate minority leader ― a leadership role he got demoted to in January 2021 after Democrats won a razor-thin majority.

Here’s what that means for the kind of power he’ll be able to wield.

The majority leader has the ability to determine which proposals do and don’t come up for a vote in the Senate.

When he had that job from January 2015 through January 2021, McConnell used that power to block bills. That’s why he was criticized for the “legislative graveyard” of proposals that died on his desk.

Thanks to Democrats’ victory, Senate Majority Leader Chuck Schumer is lined up to keep setting the agenda instead.

McConnell can continue blocking things, though

Democrats didn’t win a 60-seat Senate majority, so McConnell and other Republican senators retain their ability to block most legislation.

Thanks to the filibuster — a 60-vote threshold senators must meet to advance most bills — Democrats need support from several Republicans, at least, to pass plenty of proposals. That gives McConnell and his team influence over what bills succeed and which ones fail.

They can’t block everything, though. Senate Democrats can keep approving President Joe Biden’s nominees to the federal judiciary even without any Republican colleagues’ support, for example, because those nominations can advance with just 51 votes.

He keeps negotiating power for Kentucky

McConnell’s successful reelection bid in 2020 centered on how he helps his home state “punch above its weight” compared with heavy-hitters like California.

His clout isn’t as strong as it was when he was majority leader, but it’s still consequential, including when it comes to delivering government funds to Kentucky.

When McConnell lost the majority leadership, University of Kentucky political science professor Stephen Voss said that didn’t put the commonwealth in danger of seeing a big drop in federal assistance.

Kentucky generally receives a disproportionate share of federal dollars compared with other states partly because of its significant poverty levels, Voss said. Plus, McConnell remains one of Congress’ top four leaders.

In fact, McConnell noted in a January 2021 interview that he’d “still be one of the Big Four,” saying: “When you end up in a big negotiation at the end of the year, each of the four of us have a veto power over what goes in and what doesn’t.”