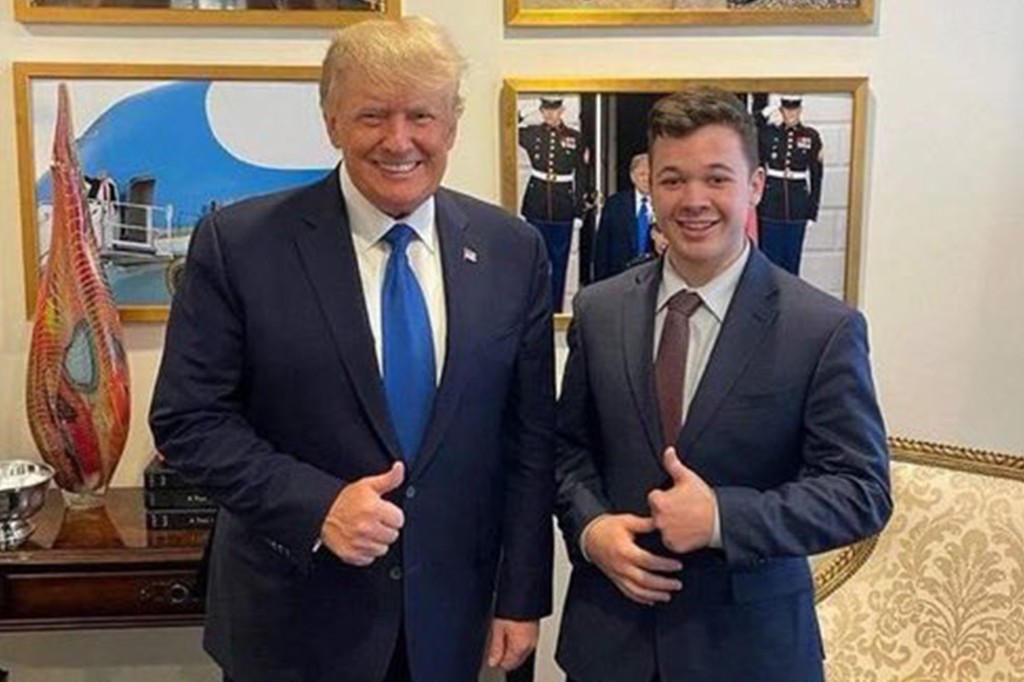 Kyle Rittenhouse met with Donald Trump at the former president’s Mar-a-Lago club after the teen was acquitted of all charges in his homicide trial last week.

The meeting between the two was disclosed during Trump’s hour-long interview with Fox News’ Sean Hannity on Tuesday night.

“Kyle, I got to know him a little bit. He called. He wanted to know if he could come over and say hello because he was a fan, unlike the other guy,” the former president told Hannity.

Trump said Rittenhouse visited with his mother and the two left the former president’s Florida resort “a little while ago.”

A jury last Friday cleared Rittenhouse of charges of homicide, attempted homicide and reckless endangerment after he fatally shot two men and wounded a third in Kenosha, Wisconsin, in August 2020.

Rittenhouse, who was 17 at the time, shot the trio during riots that broke out over the police shooting of Jacob Blake. The teen said he acted in self-defense when he opened fire.

“He should never have been put through that,” Trump said Tuesday night, referring to Rittenhouse’s trial. “That was prosecutorial misconduct.”