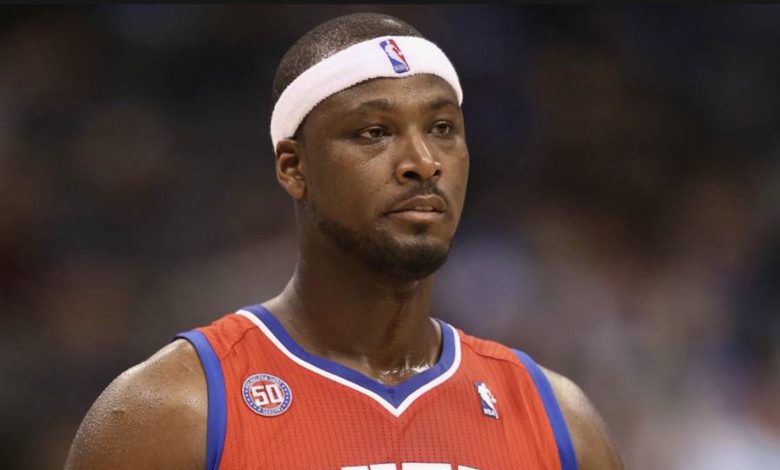 Punctuated by a fusillade of racial epithets, sexual innuendo and enough profanity to make a rapper blush, the eruption on social media last week of a feud between three African-American, ex-professional basketball players could easily be dismissed as a banal — albeit entertaining — barroom brawl between retired jocks with too much time on their hands, yet nothing to say.

But underlying the debate over Kwame Brown’s 12-year-career in the NBA is a far more substantive meditation on the racial storytelling that is at the heart of the corporate news media and the role that African-American journalists and pundits play in a white settler project that shapes the narrative to qualify its exploitation of Black athletes.

At issue – comments made last month by former NBA players Stephen Jackson and Matt Barnes on their popular podcast, All the Smoke, while interviewing Los Angeles Lakers President Jeanie Buss. When Buss recalled the 2009 trade that sent Brown and Marc Gasol to the Memphis Grizzlies, Jackson joked that Gasol was the only player involved in the deal. He disparaged Brown further in a later interview with Brown’s former Washington Wizards’ teammate, Gilbert Arenas, who said Brown’s confidence was destroyed by the team’s general manager at the time, Michael Jordan.

That seemed to set off the 39-year-old Brown who has become the punchline of a running joke after the Washington Wizards drafted him first overall in the 2001 NBA draft. Taking to Instagram to release a series of posts challenging oft-repeated descriptions of him as a “bust,” Brown has repeatedly questioned the news media’s motives for consistently portraying Black athletes in a negative light.

By turns profane and prophetic, he has been nothing short of a revelation, in no small part because he has largely maintained an almost monk-like silence over the past 20 years. In summary, Brown provided a clear rebuke of a sports media that monopolizes the public discourse with its declassified dossier of Black dysfunction. Why, for example, Brown asked, is the media preoccupied with Black athletes such as Kyrie Irving, Kevin Durant and James Harden, yet says virtually nothing about white professionals like Chad Wheeler, the NFL player charged with assault for strangling his African-American girlfriend?

For their part, Jackson and Barnes have said that their criticism of Brown has been limited to his performance on the court during a playing career in which he averaged a pedestrian 7 points and 6 rebounds per game on 49 percent shooting.

Brown says the description of him as a “bust” doesn’t tell the full story.

According to Brown, a resentful Jordan bullied him and took great pains to criticize him to the press, going so far as to say that his hands were too small to consistently catch the ball. That description is inconsistent with the size of his hands displayed on camera during his Instagram videos.

Moreover, Brown says, the myopic view of his on-court performance is detached from the broader reality of 42 million African Americans who, combined, own only 1 percent of all assets in the nation, roughly the same as during slavery. Brown was the last of eight children born to a dirt-poor Black family in South Carolina. Over the course of his career, however, he made more than $63 million which he uses to give back to his family and community. In addition to Jackson and Barnes, he is especially critical of ESPN’s Stephen A. Smith who Brown accuses of cheerleading at the behest of his white bosses.

Brown’s broadside against the media has struck a nerve with Blacks on social media who are tuning in to his YouTube posts in droves, applauding his candor, laughing at his folksy humor and even comparing him to Muhammad Ali, the “People’s Champ.”

Whatever the theoretical source of his argument, Brown is clear in his admonition of Black journalists for doing the bidding of white billionaires, going so far as to say that the characterization of him as a flop was part of an effort to discourage young Black athletes from turning pro straight out of high school which depletes the NCAA’s supply of cheap labor.

“I never lost sight of mothafu—s that was struggling,” he said. “To this day. I’m feeding the kids in Brunswick, the football team, on Monday. But now I know my true purpose. It ain’t to give back during a turkey drive or a holiday. Nig—s go back where you from and stop talking on camera. Go back and make an impact every day.”

“And you call that a bust?” Brown asked.