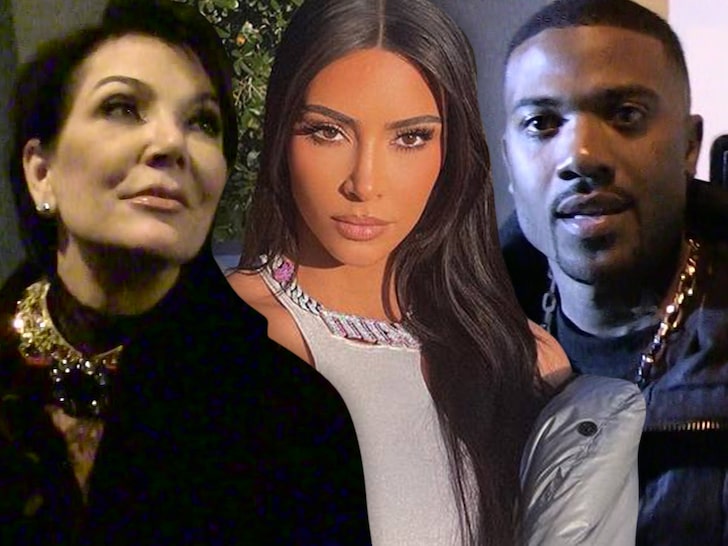 Ray J insists Kris Jennerwas smack in the middle of negotiating Kimand Ray J’s sex tape, but we’ve learned the businesswoman of the century was hands-off when the deal was cut.

Sources with direct knowledge tell TMZ, Kris never negotiated with Vivid Entertainment, which distributed the tape back in 2007. We’re told Kim and Ray J dealt with Vivid directly and with their lawyers.

This doesn’t mean Ray J’s lying … he maintains Kris and Kim hatched the plot to make and peddle a sex tape in the wake of the enormous financial success of Paris Hilton‘s. That could be true, but we’ve learned Kris was hands-off making the actual deal and had no contact with Vivid.Vivid

Of course, that doesn’t mean Kris wasn’t working behind the scenes, as Ray J claims.

As we’ve reported over the years, although the Kardashians claimed they never signed off on the tape, the reality is that Vivid could not have released it without the signatures of Kim and Ray … if it did, there would be a slam dunk lawsuit, because Vivid could not use the name or likeness of anyone on tape without their consent.Getty

Kim actually sued Vivid before the tape was released and that lawsuit was dropped … we’re told because she and Ray cut the deal they wanted and that cleared the path for the release of the video.

As for $$$ … we’ve learned Kim and Ray split a $1 million advance, and together they got 49% of the profits from the tape. That translates to around $49 million, because the tape generated $100 million in sales. It’s the highest-grossing sex tape of all time, beating out Paris Hilton’s.