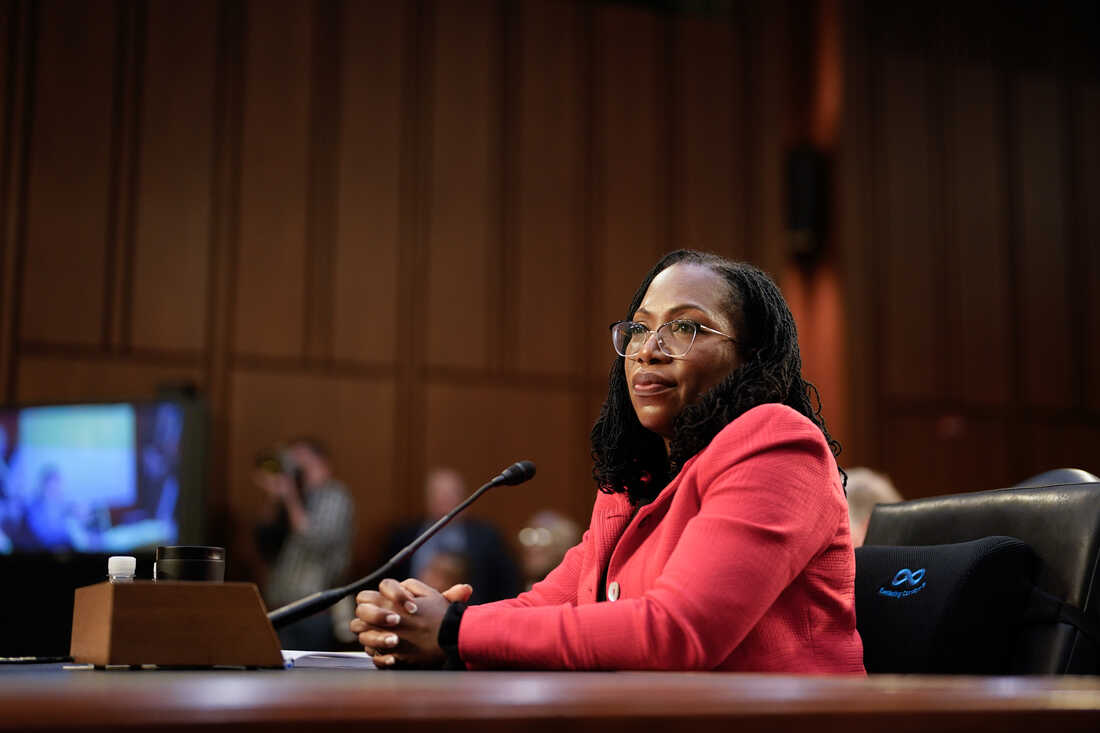 She was controlled and calm and mostly needed to reassure Democrats so they stick together in voting for her. If they do, she would be confirmed as the first Black woman to serve on the Supreme Court, and there’s no reason to think that won’t happen at this point.

The White House remains hopeful some Republicans might cross over to vote for her, though it’s pretty clear by the bitterness displayed among GOP members of the Senate Judiciary Committee toward their Democratic colleagues these last few days that the votes won’t likely come from Republicans on the committee.

There was a lot more from the hearings, so let’s dig in with these four takeaways:

Saying something controversial in a nomination hearing before Congress is one of the easiest ways to land yourself in a political cauldron. So the answer for Supreme Court nominees over the better part of the last 20 years has become to say nothing or to say things the other side can’t disagree with on the face of the statements.

Jackson pulled from that playbook:

“I do agree with both Justice [Brett] Kavanaugh and Justice [Amy Coney] Barrett on this issue,” Jackson said. “Roe and Casey are the settled law of the Supreme Court concerning the right to terminate a woman’s pregnancy.”

Conservatives on the Supreme Court have either already upheld or are expected to uphold strict restrictions that states have passed on abortion. It’s highly unlikely that a justice appointed by Biden would hold the same view.

That should tell you everything you need to know about how not forthcoming the potential justices, perhaps necessarily because of politics, have become in these confirmation hearings.

2. Republicans on the committee didn’t appear to be buying it and dug in on sentencing

Republicans homed in on Jackson’s time as a judge and the sentences she gave out. They painted her as a judge who was lenient in sentencing, particularly in child pornography cases.

Sen. Josh Hawley of Missouri, Lindsey Graham of South Carolina and others spent significant amounts of time on why, in some instances, Jackson sent people to jail for shorter lengths of time than federal guidelines or prosecutors recommended, particularly in child pornography cases.

“I am questioning your discretion, your judgment,” Hawley said at one point. “That’s exactly what I’m doing.”

Jackson defended herself multiple times against the allegation. “I looked at the law and the facts,” she said. “I made sure that the victims, the children’s perspectives, were represented, and I also imposed prison terms and significant supervision and other restrictions on these defendants.”

Democrats on the committee also defended Jackson’s decisions, noting that most prison sentences handed out by judges in these kinds of cases were below the guidelines. An opinion piece in the National Review, a conservative magazine, called Hawley’s allegations a “smear” and “appears meritless to the point of demagoguery.” The White House and others have accused Hawley of employing a “QAnon-signaling smear.”

What is clear is the line of attack seemed to not be merely about sentencing, but about labeling a Democratic nominee as soft on crime in an election year.

3. Midterm messaging was on display

In addition to the soft-on-crime allegation, which comes with violent crime on the rise in the country, Sen. Ted Cruz went after Jackson for her time on the board of the elite Georgetown Day School in Washington, D.C.

He tried to tie her to what he sees as the school teaching critical race theory, which has become code for how children are taught in schools about racism. He came armed with poster boards and even books from the school.

Sen. Ted Cruz, R-Texas, gestures toward a poster during the confirmation hearing for Judge Ketanji Brown Jackson on Tuesday.Saul Loeb/AFP via Getty Images

Jackson pointed out she has little control over the school curriculum, does not believe “any child should be made to feel as though they are racist” or “oppressors,” and that it doesn’t have any bearing on how she judges cases.

“It doesn’t come up in my work as a judge,” she said, “and it’s never something I’ve studied or relied on, and it wouldn’t be something I would rely on if I was on the Supreme Court.”

But the point seemed less about Jackson’s views and more about the GOP’s midterm messaging. This is one area Republicans believe they can use to appeal to suburban, particularly white, moms.

At one point, during the hearing, the Republican National Committee sent out an image of Jackson and with “KBJ,” her initials, crossed out and replaced with “CRT.”

That also highlights the line the party has to walk in criticizing a Black nominee, though Republicans like Graham were more than happy to point out past conservative nominees of color who were either blocked or would be blocked by Democrats.

4. Republicans really wanted to air grievances and it might signal a warning about the future

The most animating moments for Republicans during Jackson’s questioning actually had little to do with Jackson herself, but rather about how Democrats have treated past nominees.

“There are two standards going on here,” Graham thundered. “If you’re an African American, conservative woman, you’re fair game to have your life turned upside down, to be filibustered no matter how qualified you are, and if you express your faith as a conservative, all of a sudden, you’re an effing nut. And we’re tired of it.”

And that is just a taste, because what we saw from almost every Republican on the committee was an airing of grievances against how Democrats have treated past nominees put up by Republican presidents.

They are clearly still smarting from the Kavanaugh and Barrett confirmation hearings; they even brought up how Justice Samuel Alito was treated (he was confirmed 17 years ago) and even asked Jackson for her thoughts on Democrats’ past conduct. She declined to comment.

Republicans know they can’t stop Jackson’s nomination, but they were going to make sure that with all the attention and TV time being given to these hearings, they were going to try to make Democrats as uncomfortable as possible.

There’s certainly an argument that the Judiciary Committee is in need of a reset. A lot of the senators have been around for a very long time, and with all this bitterness, it raises the question of what happens when a nomination comes up when the president’s opposing party is in charge of the Senate.

What if Republicans take over the Senate after this fall is midterm elections and there’s another vacancy for Biden? What happens then?