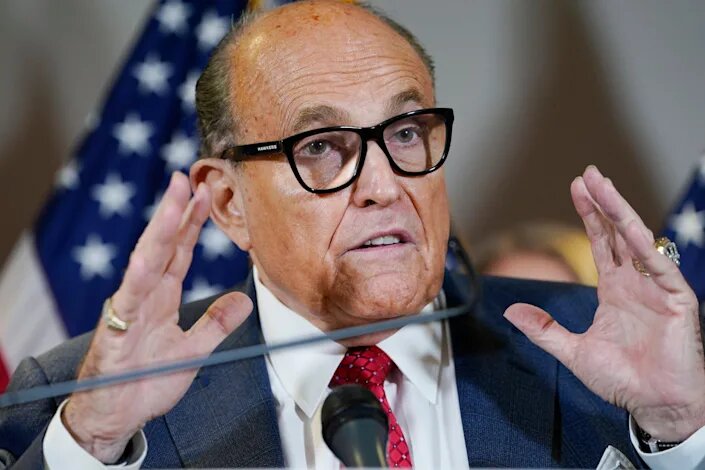 Rudy Giuliani, who is being investigated for his work as a personal attorney for former US president Donald Trump, told an American news channel that he is “willing to go to jail”.

“I committed no crime,” Mr Giuliani said in an interview to NBC New York, when speaking about an investigation he faces by the Federal Bureau of Investigation (FBI) into allegations he broke foreign-lobbying laws in dealing with Ukraine and for failing to register as an agent for pro-Russian Ukrainians.

Mr Giuliani said he was frustrated after the FBI conducted searches at his home and office and said they were misguided and politically motivated.

“And if you think I did commit a crime, you’re probably really stupid because you don’t know who I am,” he said and added that he was working for then-President Trump as his lawyer at the time.

“Is the guy who put the mafia in jail, terrorists in jail, Ed Koch’s commissioners in jail, and the worst people on Wall Street — I’m not going to file [a form]? I mean, that’s just crazy,” he said.

“I am more than willing to go to jail if they want to put me in jail. And if they do, they’re going to suffer the consequences in heaven,” he said.

When asked why he would be willing to go to jail if he is not guilty, Mr Giuliani replied: “Because they lie, they cheat.”

Mr Giuliani said, in comparison to him, Democrats accused of serious wrongdoing, including New York governor Andrew Cuomo, had been tried with leniency.

“When you see the differences between the way Cuomo was treated and the way I’m treated, and you don’t realise there’s a very, very terrible distortion of justice. Because that’s not the only example,” he said.

He also answered questions about the Capitol riots, saying the protesters “did some destruction”.

Mr Giuliani subsequently had his law licenses suspended in New York and Washington DC for his involvement in propagating Mr Trump’s allegations about electoral fraud.

The two have reportedly had a fallout, according to the New York Times‘ Maggie Haberman, who claimed Mr Giuliani is “close to broke”.

On his legacy – which several feel has been tainted, especially after his involvement in trying to overturn the 2020 US election results – he believes he “will be vindicated”.