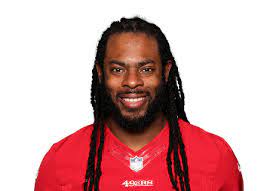 Free agent cornerback Richard Sherman was arrested early Wednesday morning in King County, Wash., on the charge of burglary domestic violence. According to public records, he was denied bail and the case is being investigated as a felony.

The “INV” means it’s being investigated as a felony. pic.twitter.com/kz5qZp051S

No additional details about the charge are currently available.

The NFL Players Association has released a statement about Sherman’s arrest.

Sherman, 33, is a 10-year NFL veteran. He spent seven seasons with the Seattle Seahawks before signing with the San Francisco 49ers before the 2018 season. He was released by the Niners in February following the end of his three-year contract, and has yet to sign with a new team for the 2021 season.