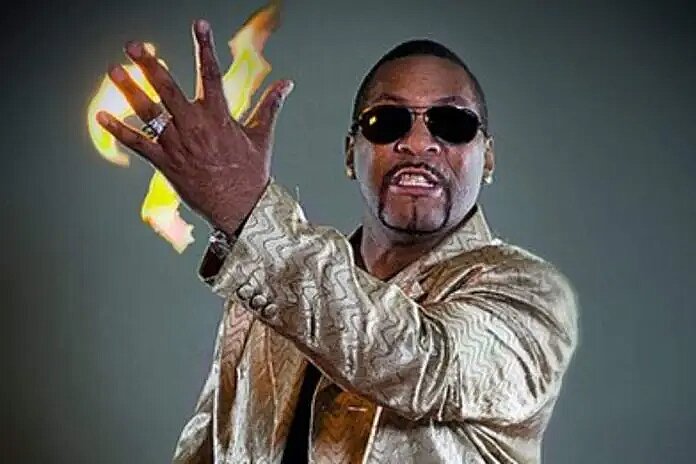 Jessie Lee Daniels, the singer better known as Jessie D of the iconic R&B group Force MDs, has passed away at the age of 57.

“To the family, friends, and fans, today we lost a real talent,” the post stated.

A cause of death has yet to be announced.

Daniels, as Jessie D, was part of the much-beloved R&B group, and was part of their major hits including “Tender Love” and “Love is a House,” for which he provided lead vocals on both songs

The band’s Facebook also paid tribute to the New York native, writing, “To one hell of an entertainer … ‘Jessie D’ of [the] legendary Force MDs. He ate, [slept], and [breathed] music everyday. Please put a heart up for him. He was loved! To the family, friends and fans today, we lost a real talent. Our condolences go out to his siblings, kids, and the Force MDs.”

RELATED: Full Force: How Can They Make a James Brown Movie Without Talking to Us?

Formed in 1981 in New York, the Force MDs consisted of a group of brothers — Stevie D, Antoine “T.C.D.” Lundy, Rodney “Khalil” Lundy, with their uncle, Daniels.

After signing a record deal in 1984 and releasing their first album, Love Letters, they were considered as the forerunners of the New Jack Swing movement, and the Jimmy Jam and Terry Lewis-penned song, “Tender Love,” became a staple in Black pop culture.

The following year, the song was added to the feature film and soundtrack for Krush Groove, and peaked at No. 10 in the Billboard Hot 100 chart and stayed there for 19 weeks. In 1987, the group would score their first R&B #1 hit with, “Love is a House,” from their third album, Touch & Go.

As the group waned from public view, three of the group’s members died within five years of each other: Nelson suffered a fatal heart attack in 1995; former collaborator DJ Dr. Rock died suddenly of natural causes in 1996; and in 1998, Antoine Lundy died of Lou Gehrig’s disease.

Pearson died on Sept. 16, 2016, after a battle with Stage 4 cancer, and was announced by Bow Legged Lou of Full Force.

“The year just started and we can’t escape the heartache,” Saadiq’s Instagram post read. “Rest in Power to my [man] Jessie Daniels aka [Jessie] D of the Force MDs.”

Read some reactions from those who miss the legendary singer below.

Rest in Power to the legendary Jessie D from the Force MDs…Good luck on your next life pic.twitter.com/baDJnBL6xb