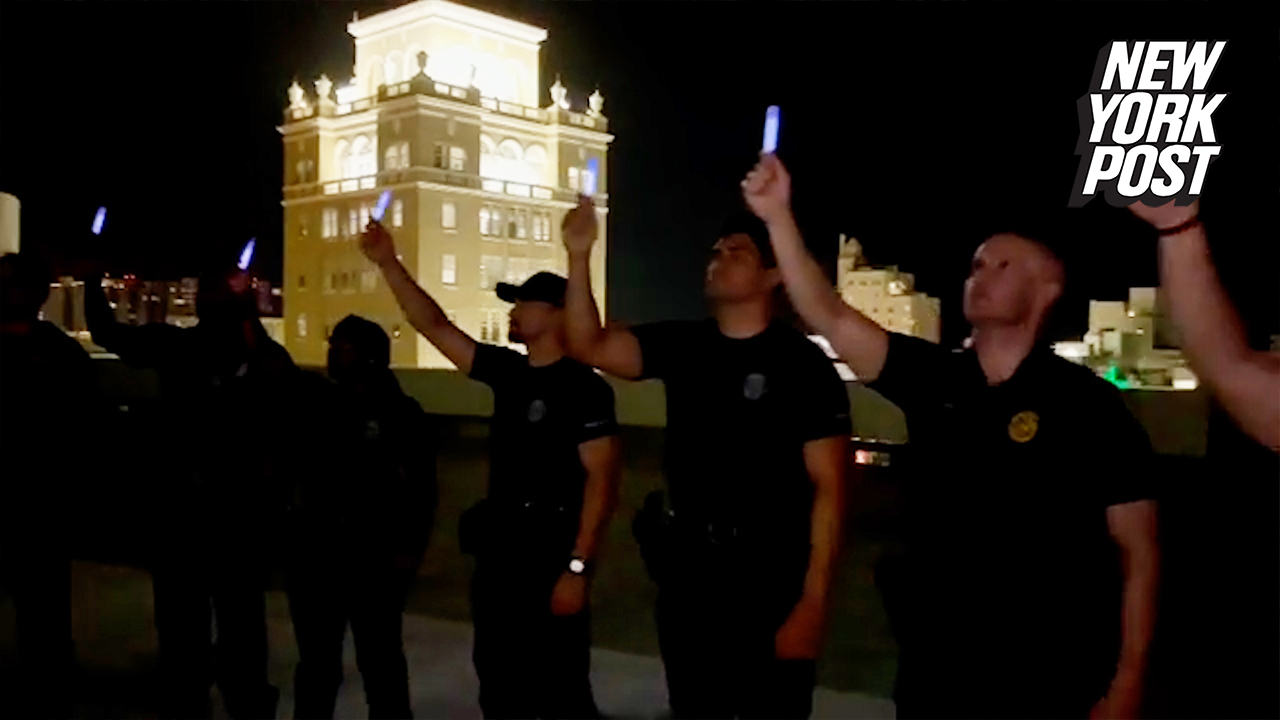 First responders at the site of the deadly Florida tower collapse honored its victims in a moving ceremony Sunday night — just hours before the last section of the building was demolished.

Dozens of rescue workers, including cops, lined up to shine lights outside the Champlain Towers South Condo in Surfside, footage posted on Instagram by the Miami Beach Police Department shows.

“This evening, in a show of solidarity and support with our neighboring down, the City of Miami Beach has encouraged everyone to shine a light paying tribute to all of the Surfside victims, their families and first responders involved in this national tragedy,” the post said.

“We were proudly joined by members of @MiamiBeachFire and our 911 Dispatchers. #SurfsideStong.”

The Miami Beach Fire Department also posted several videos on Twitter showing some of its emergency vehicles, including a patrol boat, flashing their lights to honor the victims.

“Fire Boat 4 shines our light for those who cannot,” one post said. “#SupportSurfside.”

Hundreds of first responders, including workers from as far off as Israel, have been sifting through debris since the building collapsed June 24.

Around 10:30 p.m. Sunday, the remaining portion of the building was demolished so that crews could return to the pile and continue search and rescue efforts.

Officials said 27 people have been confirmed dead as of Monday morning, with another 121 still unaccounted for.