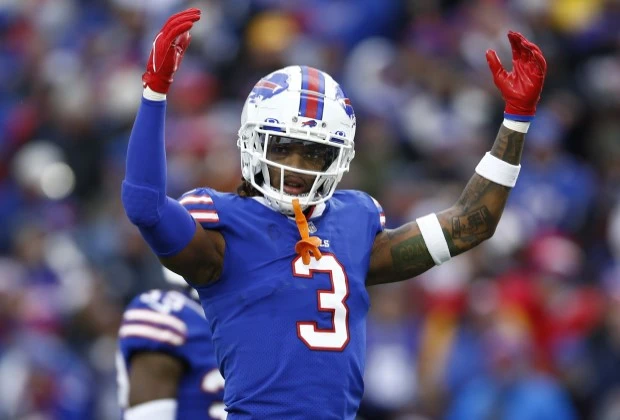 The Bills capped a difficult, emotional, and unprecedented week with a win over the Patriots. After the game, cornerback Tre’Davious While spoke about moving past witnessing a teammate suffer cardiac arrest on the field. And White made it clear that the situation with Damar Hamlin continues to play in the mind of White and his teammates.

“It’s something I can’t unsee,” White said, via Tyler Dunne of GoLongTD.com. “Every time I close my eyes it replays. I try watching TV and every time the TV goes on commercial, that’s the only thing that comes to my mind. The vision of that. So, it’s been a tough week. It’s been a tough week for our whole team. But it’s not about us right now. It’s about Damar and his family and what they had to go through. His mom. His dad. Being right behind our bench and witnessing their son go through that, it’s just . . . it’s tough. Hopefully, we’ll never have to go through this again.”

White said that the players heard from Damar recently, with a text message apologizing for the challenge they’ve endured.

“Damar is one of the most resilient, honest, and pure people that I’ve met,” White said. “It shows what type of person he is. We got a text from Damar yesterday morning around 2:31 in the morning. For him to text us and what he said was, ‘I’m thinking about y’all. I’m sorry that I did that to y’all.’ For him to check on us when he’s the person going through what he’s going through, that just shows what kind of person he is. For him to check on us. In a situation like that, when he’s the one going through it. Hopefully we can get him back. I just want to hug the shit out of him. . . . I can’t wait to hear his voice and be able to touch him and hug the shit out of him . . . . We miss you man. Get back to us. It’s been a hard week. It’s been a hard week.”

Although things are pointing in a positive direction, White and others suffered a very real trauma. They’re all still recovering from the emotional and psychological injury they suffered, while Hamlin recovers from the physical injuries he sustained.

It will be a long road for everyone. Today became an important step forward for the team.