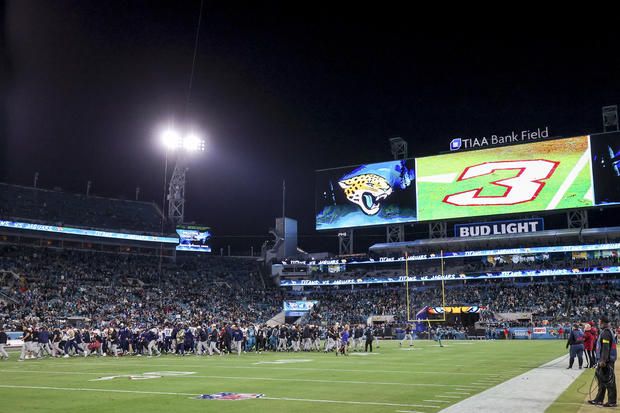 The 24-year-old Hamlin tweeted that “the love is felt, & extremely real,” while expressing gratitude for the widespread support he has received during his hospitalization and recovery.

“Putting love into the world comes back 3xs as much…thankful for everyone who has reached out and prayed. This will make me stronger on the road to recovery, keep praying for me!” Hamlin tweeted.

The love is felt, & extremely real. No matter race or religion everybody coming together in prayer! 🙏❤️

Following his collapse during the first quarter of Monday night’s game, Hamlin was administered CPR on the field by medical personnel before being loaded into an ambulance and rushed to the intensive care unit of the University of Cincinnati Medical Center, where he was sedated for several days. The Bills on Friday said he was showing significant improvement. A breathing tube was removed and he was able to breath on his own and talk.

Hamlin remained hospitalized Saturday, but the Bills shared that although he is still in critical condition, he continues to breath on his own, and his “neurological function is excellent.”

“We are grateful for and humbled by all who played a role as he continues on his road to recovery,” Goodell wrote. “On behalf of the entire NFL, thank you.”