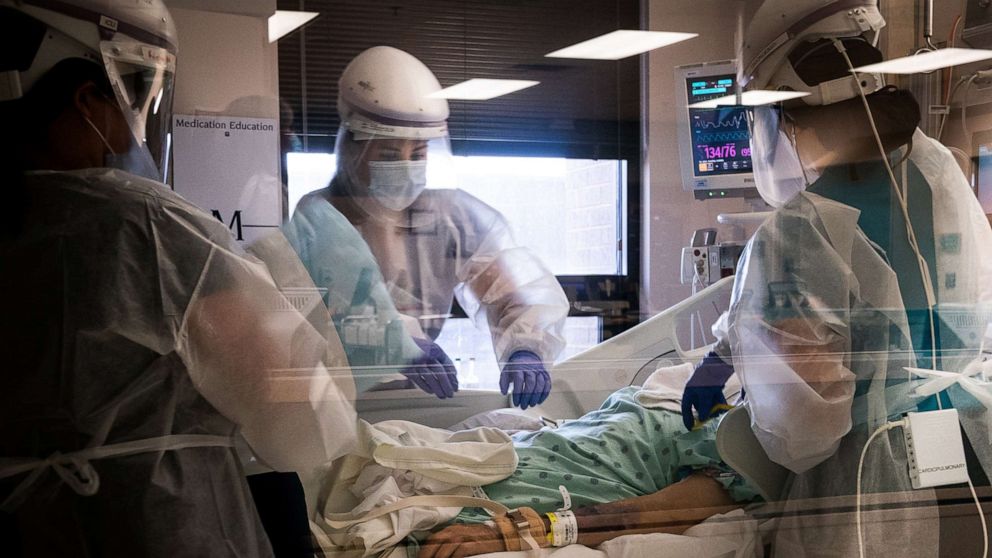 The United States is facing a COVID-19 surge this summer as the more contagious delta variant spreads.

More than 617,000 Americans have died from COVID-19 and over 4.2 million people have died worldwide, according to real-time data compiled by the Center for Systems Science and Engineering at Johns Hopkins University.

Just 58.7% of Americans ages 12 and up are fully vaccinated against COVID-19, according to data from the Centers for Disease Control and Prevention.

Here’s how the news is developing today. All times Eastern.

Mississippi’s top health official warned Monday that the state’s top-level hospitals have no ICU beds left, and things are going to get worse.

“Keep in mind – this will translate into around 500 new hospitalization in coming days, and we have ZERO ICU beds at Level 1-3 hospitals, and we have

Health care personnel from other states will be coming to Texas to assist the Texas Department of State Health Services with their recent wave of cases, Abbott said.

The governor sent a letter to the Texas Hospital Association urging them to suspend elective surgeries.

Arkansas saw its highest number of people hospitalized with the coronavirus since the pandemic began, according to state health data.

The number of hospitalizations rose by 103, its biggest one-day increase, to 1,376, which is five hospitalizations higher than the previous record set in January, the state health data showed.

Gov. Asa Hutchinson tweeted that only eight ICU beds remained in the entire state. He encouraged more people to get a vaccine.

As of Monday, 49.3% of eligible residents in Arkansas have received one vaccine shot, according to the U.S. Centers for Disease Control and Prevention.

Washington Gov. Jay Inslee announced Monday that he has ordered that all state employees must be vaccinated or face termination.

Inslee cited increased hospitalizations and cases throughout the state, which have mostly affected the unvaccinated, as the factor for his executive order.

“We do so to protect our vulnerable communities, to prevent further calamity to our state and to be further on the path to recovery,” he said at a news conference.

The deadline for the vaccine mandate is Oct. 18. Inslee’s executive order does provide medical and religious exemptions.

As of Aug. 2, 69.6% of Washingtonians 12 and older have received at least one dose of a vaccine, according to the state’s health department.

“We need more people to roll up their sleeves,” Inslee said.