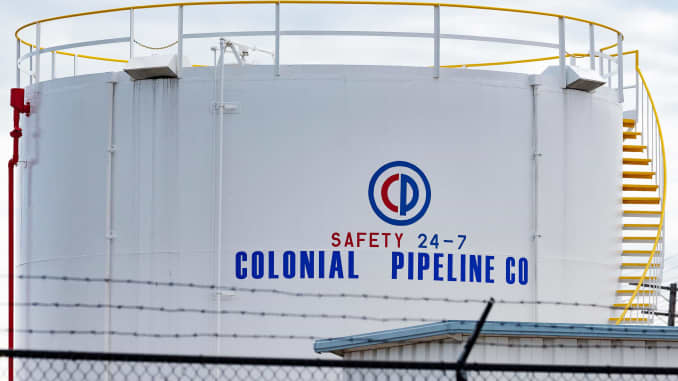 Colonial Pipeline restarted operations Wednesday at approximately 5 p.m. ET after a ransomware attack last week forced the entire system offline on Friday evening. The company did warn, however, that its pipeline would not be fully functional immediately.

“Following this restart it will take several days for the product delivery supply chain to return to normal,” Colonial said in a statement. “Some markets served by Colonial Pipeline may experience, or continue to experience, intermittent service interruptions during the start-up period. Colonial will move as much gasoline, diesel, and jet fuel as is safely possible and will continue to do so until markets return to normal,” the company added. President Biden says he expects “good news” with Colonial Pipeline

Shortly before Colonial’s restart announcement, President Joe Biden said to expect “good news” in the next 24 hours. He added that the White House had been in “very close” contact with the company.

Most of the pipeline, which is the largest fuel transmission line from the Gulf Coast to the Northeast, has been offline since Friday. The company shut down its systems as a proactive measure after it fell victim to a ransomware attack by a criminal group known as DarkSide.

The pipeline is a critical part of U.S. petroleum infrastructure, transporting around 2.5 million barrels per day of gasoline, diesel fuel, heating oil and jet fuel. The pipeline stretches 5,500 miles and carries nearly half of the East Coast’s fuel supply. The system also provides jet fuel for airports, including in Atlanta and Baltimore.

Given the importance of the pipeline, there was swift action from Washington, in what officials called a “comprehensive federal response.”

The Department of Energy led the federal government response in coordination with the FBI, Department of Homeland Security and Department of Defense. Energy Secretary Jennifer Granholm previously said that the company would make a restart decision by the end of the day on Wednesday.

“So far there is no evidence from our intelligence people that Russia is involved although there is evidence that the actor’s ransomware is in Russia. They have some responsibility to deal with this,” Biden said from the White House on Monday.

Officials warned that gas supplies remained at reasonable levels, but panicked consumers headed to the pump as the pipeline shutdown stretched on for days.

As of Wednesday afternoon 68% of gas stations in North Carolina were out of gas, according to data from GasBuddy. In South Carolina and Georgia 45% of stations were dry, while 49% of stations across Virginia reported outages.

Gas prices have also ticked higher, with the national average for a gallon topping $3 on Wednesday for the first time since 2014.