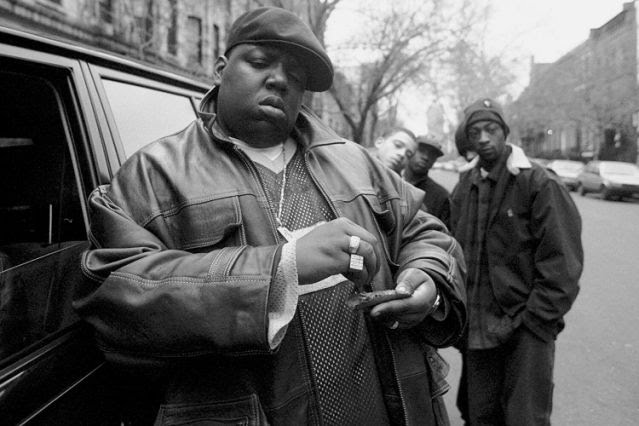 Clarence Davis/Getty Images The Notorious B.I.G. will become the seventh hip-hop artist to enter the Rock & Roll Hall of Fame

It’s been 24 years since Christopher Wallace, known professionally as the Notorious B.I.G., was shot to death in Los Angeles, and his loved ones are no closer to finding justice.

“As long as I have life there’s hope,” Biggie’s mother Voletta Wallace tells EW exclusively while promoting the Netflix documentary Biggie: I Have a Story to Tell. “I’ll never give up. And I hope when I’m not in this world anymore, my friends and family will carry on the fight. There is always hope.”

Wallace appears in the documentary, a celebration of her son’s life including never-before-seen video footage shared by his longtime friend Damion “D-Roc” Butler, who was in the car when the legendary rapper was killed. Both Butler and Wayne Barrow, executor of his estate, released the documentary to honor their friend whose life was cut short at 24.

“This might be the last March 9 we celebrate moving forward, focusing instead on May 21, his birthday,” explains Barrow. “We’re going to forget March 9, but not in our hearts. By celebrating his birthday, we can focus on his life.

Adds Butler, “I feel cheated. I feel like we went through all of that for nothing. I don’t feel like this so much anymore but I did for a long time. Now I can see that it wasn’t for nothing, he sacrificed a lot. That’s why we’re here today almost 25 years later because he’s still relevant. He’s still the hardest working rapper in the game today.”

Wallace was never a fan of rap or hip-hop, but she listened to the music her son and his friends enjoyed at times. The first time she heard “Big Poppa,” she felt like it was a song she could listen to, though she wasn’t a fan of all the profanity. The Jamaican native jokes that they must’ve played her clean edits of the songs instead of the originals.

After losing her Christopher, Wallace found a connection to him through his music.

“After his passing, I heard a lot of positive and negative things that were being said about him. As a mother, I only wanted to hear positive things because I’m biased,” she explains. “I decided then I wanted to know more about his music. I read something in a magazine about him where the writer said something like, ‘what do people expect when you give a bum from the ghetto a million dollars?’ I was very hurt by that. I never raised my son to be a bum or a drug dealer. So I listened to his music and I asked a lot of questions. I cried like a baby while listening because what I heard was an intelligent human being.”

Butler had a very specific idea for the story he wanted to tell via the documentary, but he has plenty more stories and video footage to share in the future.

As another year without Biggie passes, his loved ones remain steadfast in keeping his memory alive. Wallace, Barrow, and Butler hope fans find comfort in the documentary and learn more about the man who was already a superstar to them before he ever stepped on stage.

“Now that his life was taken from him and from us, his heart beats through us,” says Barrow. “Big was a man, a son, a father, a brother, and a friend. He was a man who wanted to live and wanted to make sure everyone around him came up with him. I don’t think he’d have any regrets because he lived life to the fullest, and he did what he wanted to do. I think he’d be proud of everything he accomplished and grateful to everyone who helped him along the way.”