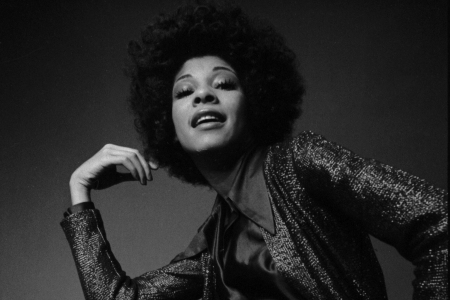 The ex-wife of jazz legend Miles Davis was years ahead of her time, only to disappear from the spotlight for decades

Betty Davis, the cult funk singer and ex-wife of jazz legend Miles Davis who left an underappreciated yet trailblazing body of work, died Wednesday at the age of 77. Danielle Maggio, a close friend of Davis whose research as an ethnomusicologist focused on Davis’ work, confirmed the singer’s death to Rolling Stone. Amie Downs, communications director for Allegheny County where Davis lived, added that the cause of death was natural causes.

“It is with great sadness that I share the news of the passing of Betty Davis, a multi-talented music influencer and pioneer rock star, singer, songwriter, and fashion icon,” Davis’ longtime friend Connie Portis said in a statement Wednesday. “Most of all, Betty was a friend, aunt, niece, and beloved member of her community of Homestead, Pennsylvania, and of the worldwide community of friends and fans. At a time to be announced, we will pay tribute to her beautiful, bold, and brash persona. Today we cherish her memory as the sweet, thoughtful, and reflective person she was…There is no other.”

The near-entirety of Davis’ musical catalog was recorded between 1964 and 1975, but her impact has been felt for decades. A model by profession, Davis first began making music under her birth name Betty Mabry, including her 1964 single “Get Ready for Betty.” An influential figure in the New York music scene in the late-Sixties, she would pen the Chambers Brothers song “Uptown (to Harlem),” which enjoyed a recent resurgence when it featured in Questlove’s Oscar-nominated documentary Summer of Soul. In 1968, become the second wife of Miles Davis; the following year, Mabry, now performing under the name Betty Davis, would appear on the cover of the jazz great’s Filles de Kilimanjaro, with Betty also the inspiration behind Miles’

Although the marriage only lasted one year, Betty is credited with introducing Miles to the rock music of the era, ultimately ushering in the trumpeter’s jazz fusion phase beginning with 1969’s In a Silent Way and 1970’s Bitches Brew.

While recordings Betty made with Miles’ band during their marriage were shelved at the time, she finally released her self-titled debut album in 1973 for Woodstock promoter Michael Lang’s Just Sunshine Records. Davis recruited Sly and the Family Stone producer Greg Errico and an outfit of West Coast musical greats like Larry Graham and Merl Saunders. Two more albums quickly followed: 1974’s They Say I’m Different and 1975’s Nasty Gal.

While none of the funk albums were a commercial success, Davis gained a cult following for her sexuality-laden lyrics, highlighted on songs like “Shut Off the Light” and “If “I’m in Luck I Might Get Picked Up.” Her candid, liberating attitudes trailblazed a path for artists like Prince and Madonna in the ensuing decade.

Following that three-year spurt of material — and following a year in Japan where she spent time with silent monks — Davis abruptly left the music industry, moving to the Pittsburgh area where she lived for the next 40 years without making new music.

“When I was told that it was over, I just accepted it,” Davis told the New York Times in a rare interview in 2018. “And nobody else was knocking at my door.”

However, over that decades-long period, Davis’ music gained a cult following, inspiring a generation of artists like Erykah Badu and Janelle Monae. The renewed interest in Davis’ work resulted in a series of reissues from archival label Light in the Attic — including the first-ever printing of her unreleased 1976 fourth LP — that celebrated her legacy. “Our hearts are incredibly heavy today,” Light in the Attic’s Matt Sullivan said in a statement Wednesday. “Betty has been the guiding light in everything we do at Light in the Attic. Her unbending DIY ethic and groundbreaking spirit will live on forever. We are going to miss her so much.” (The label will reissue Davis’ final and “personal favorite” album, Crashin’ From Passion, later this year.)

After being the focus of a 2017 documentary (Betty: They Say I’m Different) and an episode of Mike Judge’s Tales From the Tour Bus series, Davis released her first new song in over 40 years, “A Little Bit Hot Tonight,” in 2019. She had close friend Danielle Maggio sing it on her behalf.

Jamila Woods named Davis as a key inspiration on her music in Rolling Stone’s Icons and Influences issue in 2021. Noting Davis’s confidence as a Black woman in the music industry during the Seventies, Woods said, “That was probably one of the most inspiring parts about her story that I really latched onto over the process of creating my last project. I think I was thinking a lot about the balance of feminine/masculine energy in myself. And how I think the way that I naturally am, being in the industry I am, it asks me to step outside of that a lot, and I was trying to navigate that.

Woods added, “[I remember] instantly being struck by just the sonic quality of her voice,” she says, also referring to the emotiveness of Davis’ singing. It’s like she makes me want to listen to what she’s saying. And I don’t think I understood the power of just that for a long time, and she really helped me internalize that.”