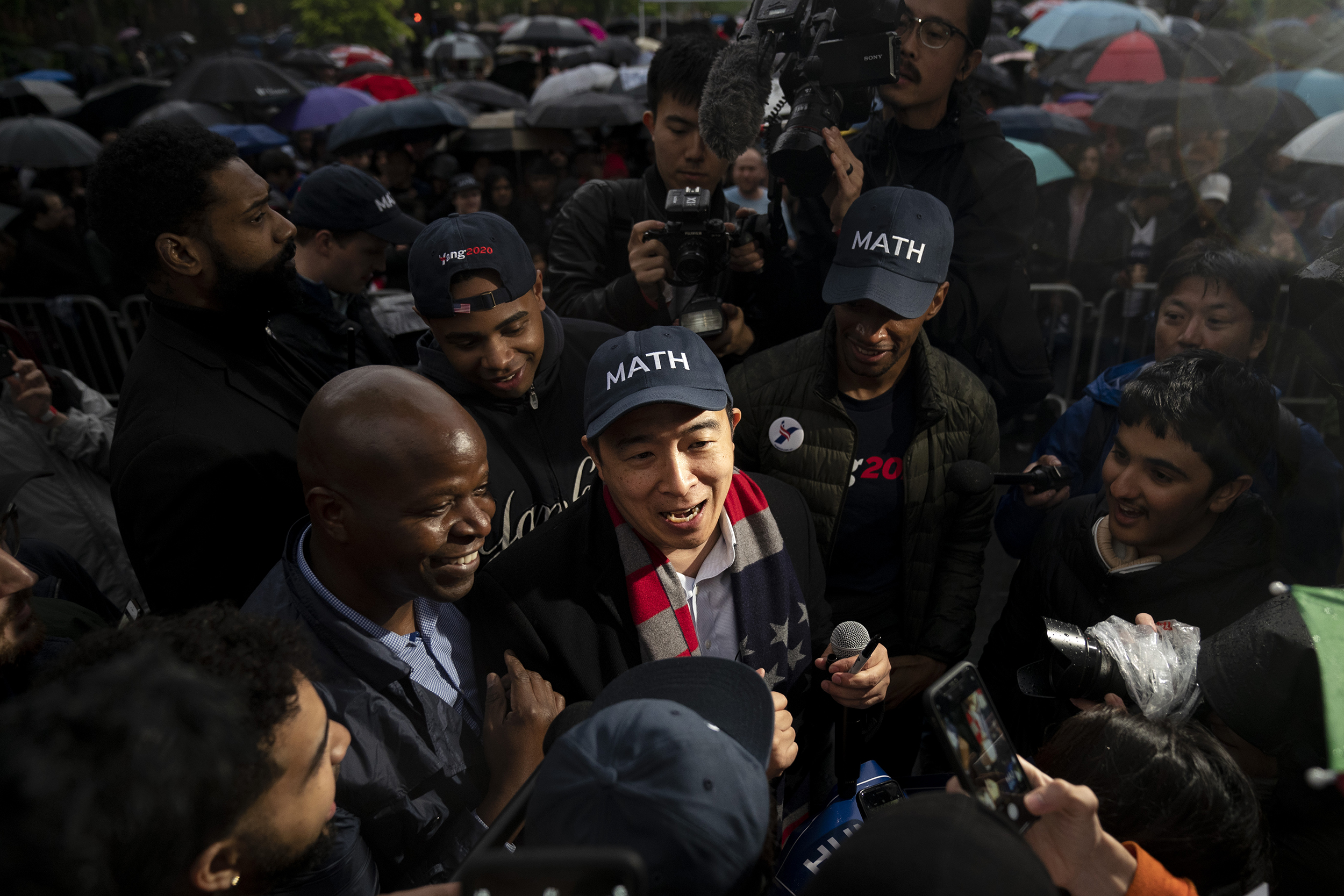 Former Democratic presidential contender Andrew Yang has officially announced his campaign to become the mayor of New York City. The move sets him up to join a crowded Democratic primary that will likely determine the next mayor of the city, which has taken a severe economic hit during the coronavirus pandemic.

The 46-year-old tech entrepreneur said in a Twitter video posted Wednesday night that “seeing my city the way it is now breaks my heart.” He pledged to improve access to high-speed internet, “take back control” of the subway system and “reopen intelligently.”

“I’m running for mayor for my two boys, for you, and for every New Yorker,” Yang said. “Let’s fight for a future New York City that we can all be proud of.

I moved to New York City 25 years ago. I came of age, fell in love, and became a father here. Seeing our City in so much pain breaks my heart.

Let’s fight for a future New York City that we can be proud of – together. Join us at https://t.co/TGnxwuBiHB pic.twitter.com/n9zxPybgbh— Andrew Yang🧢🗽🇺🇸 (@AndrewYang) January 14, 2021

Dozens have filed paperwork for the mayor’s race, including several with tech and finance backgrounds. Yang has never held elected office and launched his first campaign when he ran for the 2020 Democratic presidential nomination.

In that race, Yang outperformed current New York City Mayor Bill de Blasio, who ended his four-month campaign after polling in single digits and endorsed Senator Bernie Sanders. De Blasio will be term-limited out of office this year.

Yang gained traction for his Universal Basic Income platform of sending $1,000 a month to all Americans over the age of 18. But his presidential bid ultimately failed to win many voters. Yang dropped out after the New Hampshire primary in February 2020 and later endorsed Joe Biden.

The Democratic primary will take place in June 2021, and the winner is likely to prevail in the city’s general election.