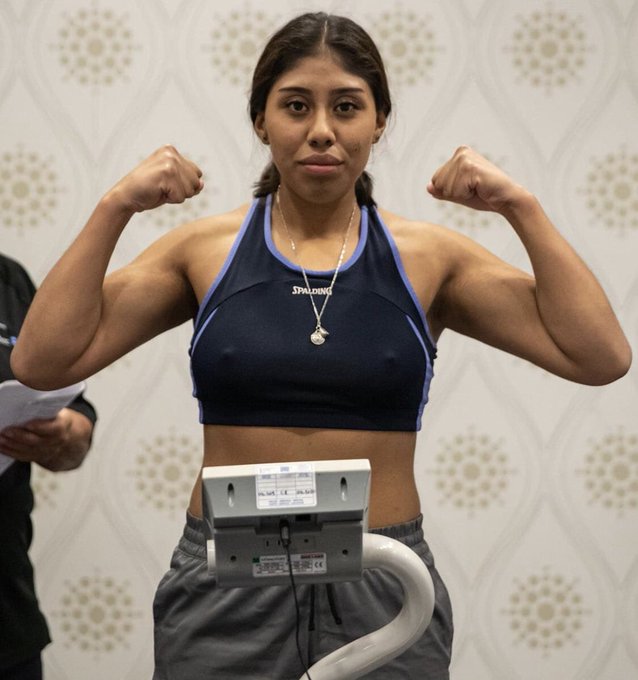 An 18-year-old boxer is dead after she was knocked unconscious during a match this weekend at IGA Stadium in Montreal.

Zapata was attended to by her partner and trainer, Jovanni Martinez, and a medical team at the stadium took her to a local hospital where she was placed in a medically induced coma, the AP reported.

Her death was announced by event promoter Groupe Yvon Michel in a statement on Thursday night.

“It is with great sadness and torment that we have learned, from a representative of her family, that Jeannette Zacarias Zapata passed away this afternoon at 3:45 p.m.,” the statement read.

RIP to boxer Jeanette Zacarias Zapata who has sadly passed away following her fight in Montreal last week.

Our thoughts are with her family and friends 🙏🏻 pic.twitter.com/oKB62nPZKV

“The entire team at Groupe Yvon Michel team is extremely distressed by this painful announcement. We would like to offer our most sincere condolences to her family, loved ones and especially her husband Jovanni Martinez who was at her bedside until her last moments,” the statement continued.

The CBC reported that Zapata had to go through neurological examinations before participating in the match after she was knocked out in a fight last May in Mexico.

In a private post to social media, Houle shared a message to Zapata’s family after the fighter was taken to the hospital.

“Never, ever, is the intention of seriously injuring an opponent in my plans.” she wrote, according to the CBC.

“My sincere thoughts go to my opponent, Jeanette Zacarias Zapata, as well as to her family,” Houle added.