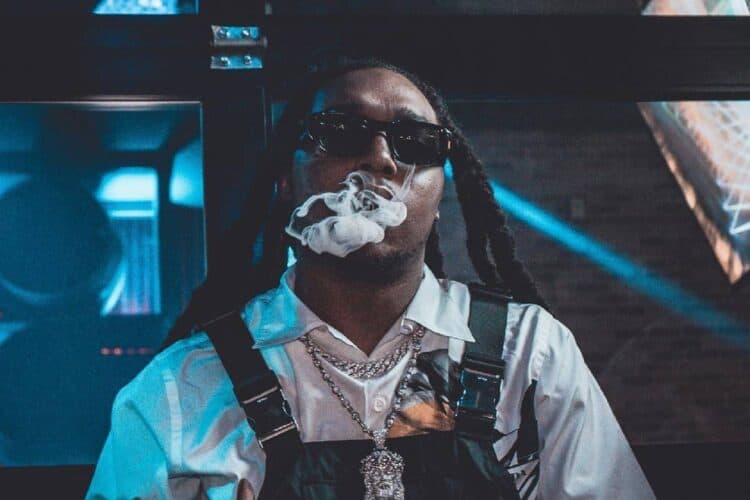 Unnamed sources claim Takeoff was reportedly killed over a dice game in Houston, Texas. Here’s what we know.

Reports coming in from sources on social media suggest Migos rapper Kirshnik ‘Takeoff’ Ball was reportedly killed in a fiery Texas shooting in the wee hours of Tuesday morning.

Takeoff reportedly killed in Texas shooting: Here’s what we know

Details around the reported incident are still very sketchy at this time. However, according to numerous sources who broke the news on social media, it’s alleged the rapper was gunned down during a heated encounter in Houston, Texas.

RIP Takeoff. A close source confirmed to us it was over a dice game in Houston. 💔🙏🏾 pic.twitter.com/7pOJAeKGQF

While these reports have yet to be confirmed, a text exchange between two unknown sources, first shared on social media by user ‘Pledge_TheOne’, provided more information on what allegedly transpired inside the bowling alley.

According to the unknown messenger, things allegedly went awry after Quavo lost an estimated $7 000 (est. R127 033) in a dice game and a fiery exchange of words between two groups ended in gunfire, where Takeoff was allegedly struck between three to five times in the chest.

Of course, this ought to be treated as speculation until a formal statement is released by Houston authorities.

Updating our story. Takeoff from Migos is dead. Quavo was not shot. This is wild. Sending condolences to the family.

According to an APB alert that surfaced online, the incident reportedly took place at 1200 Polk Street in downtown Houston. The alert mentioned two victims who sustained multiple gunshot wounds.

While murmurs have since claimed Takeoff as one of the victims, Quavo’s status remains unclear, albeit renowned celebrity gossiper Jason Lee claimed in a tweet that the ‘Hotel Lobby co-collaborator was unharmed.

Authorities and the rapper’s family have yet to issue a formal statement addressing the speculation.

This is a developing story.

Kirshnik Khari Ball, renowned around the globe as ‘Takeoff’, one of three members of the Migos, was born on 18 June 1994.

Takeoff grew up in Lawrenceville, Georgia, under the stewardship of his uncle Quavious ‘Quavo’ Marshall and his cousin, Kiari ‘Offset‘ Cephius.

Before the fame, the trio entered the underground trap scene as Polo Club in 2008. Caught between the pursuit of music and the entanglements of street life, Takeoff and his two amigos juggled life on the edge.

Despite the setbacks that came with their alleged activities as ‘corner boys’, the trio persevered, and in 2012, they released their first mixtape as the Migos titled Juug Season, which garnered the crew notoriety in the streets.

Their success in the mainstream would come a year later when the Migos, comprised of Takeoff and Quavo — as Offset was jailed at the time — released Versace, a street anthem that attracted the attention of Drake, who, at the time, was on his own ascension to the summit of Hip-Hop.

Since then, Takeoff recognised as the lyrically gifted of the three, together with the Migos, released a slew of trailblazing mixtapes and, to date, four studio albums.

In 2022, news of a breakup in the Migos was confirmed by Quavo, who, while promoting the release of his first duo album with nephew Takeoff, Only Built For Infinity Links, revealed that disloyalty, supposedly on the side of Offset, was the group’s undoing.

Shortly before news of his untimely passing emerged, Takeoff and Quavo had released visuals to their lead single Messy, which was modelled after Halloween themes.

Social media has exploded in reaction to reports of Takeoff’s death. Here are some of the tweets we picked out:

PLEASE NOTE: The content embedded in this article contains scenes depicting violence and the use of strong language that may be harmful to sensitive audiences. Viewers’ discretion is strongly advised. Swisher Post, its parent company, partners and affiliates do not condone violence and/or bullying and, thus, shall not be held liable for any consequence that arises from the journalistic duties performed in sharing this content.

It has been confirmed. Takeoff has been reported dead. I can’t believe this

Prayers to for his family, Quavo, Offset & everyone around him

These are pictures taken moments before Takeoff was shot & killed.. the outfits match up. pic.twitter.com/m2QrHEgemN