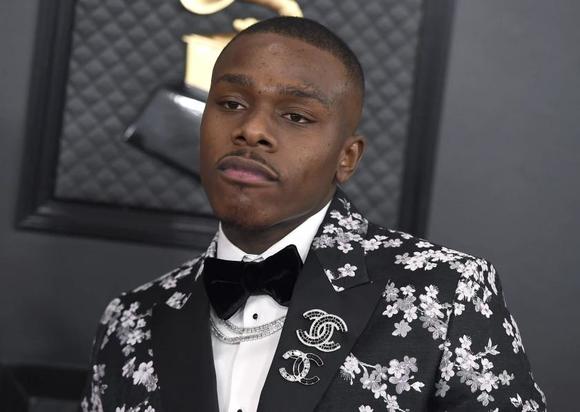 DaBaby’s last music festival appearance could possibly be his last ever after the scorned rapper unleashed a homophobic diatribe on the crowd at Miami’s Rolling Loud in late July.

In the aftermath of his widely condemned remarks about gay people and HIV/AIDS, the “Rockstar” hitmaker has been hemorrhaging gigs at live-music events that no longer want anything to do with him.

On Tuesday, Billboard reported that DaBaby promised organizers at seven different music festivals that he would record an apology video to be played ahead of his planned set at Chicago’s Lollapalooza last weekend.

But Lolla and several other concert events ended up cutting ties with the “Red Light, Green Light” artist after he failed to keep his word.

Despite initially doubling down on his behavior, DaBaby has since apologized for his comments twice — amid mounting scrutiny from Elton John, Madonna, Dua Lipa and others — via social media. But neither statement was enough to save him from the backlash.

As of Wednesday, only a couple of upcoming festivals — Kansas’ Hot 103 Jamz Summer Jam and New Jersey’s Hot 97 Summer Jam — have yet to remove the rapper from their August lineups.

From Lolla to Day N Vegas, here’s a running list of events that have dropped DaBaby so far.

Just hours before DaBaby was scheduled to perform at Chicago’s Grant Park, organizers for Lollapalooza pulled him from the roster, citing values of “diversity, inclusivity, respect, and love.”

“With that in mind, DaBaby will no longer be performing at Grant Park tonight,” the cancellation statement read.

Foo Fighters, Young Thug, Brockhampton, Modest Mouse and G Herbo all performed on the final day instead of DaBaby.

“We look forward to working on Summer Jam Lineups for years to come with our love of music and each other,” the announcement read. “Tickets will be refunded from your point of purchase.”

DaBaby was originally set to appear opposite Jack Harlow, Saweetie, Prof and Clever at the Fiddler’s Green Amphitheatre in Greenwood Village.

The United Kingdom’s Parklife music festival was the first of several to pull the plug on DaBaby in the wake of his offensive remarks.

By the end of last week, the Grammy nominee’s name had been quietly erased from the vibrant poster for the event. Still slated to perform at Manchester’s Heaton Park are Megan Thee Stallion, Disclosure, Skepta, Jamie XX and more.

Here's your reminder to get your tickets to the 2021 #iHeartDayStage! ☀️

*note: DaBaby will no longer be performing at the iHeartRadio Music Festival Daytime Stage* pic.twitter.com/LbH8YZ5DA5

iHeart Radio organizers announced on social media this week that “DaBaby will no longer be performing at the iHeartRadio Music Festival Daytime Stage.”

The first day of the Las Vegas event will instead feature performances from Olivia Rodrigo, the Kid Laroi, Saweetie, All Time Low, 24kGoldn and Addison Rae, among others.

On Tuesday, organizers for Atlanta’s Music Midtown festival scrubbed DaBaby from the itinerary and promised an updated lineup “soon.”

A fresh lineup is also incoming for New York City’s Governors Ball, which released a statement Monday condemning “hate or discrimination of any kind” upon deleting DaBaby from its program.

“We welcome and celebrate the diverse communities that make New York City the greatest city in the world,” read the announcement from Founders Entertainment, which oversees the festival.

“Thank you to the fans who continue to speak up for what is right. Along with you, we will continue to use our platform for good.”

By Tuesday morning, DaBaby had also been scrapped from Texas’ Austin City Limits festival, which guaranteed a “lineup update coming soon” on Twitter.

On Monday, organizers for Nevada’s Day N Vegas event confirmed via social media that DaBaby “will no longer be appearing” at the Las Vegas Festival Grounds this fall.

Taking his place will be singer and rapper Roddy Ricch, who collaborated with DaBaby on the hit single “Rockstar.” Also scheduled to perform on Night 1 are YG, Ari Lennox, Polo G and headliner Kendrick Lamar.