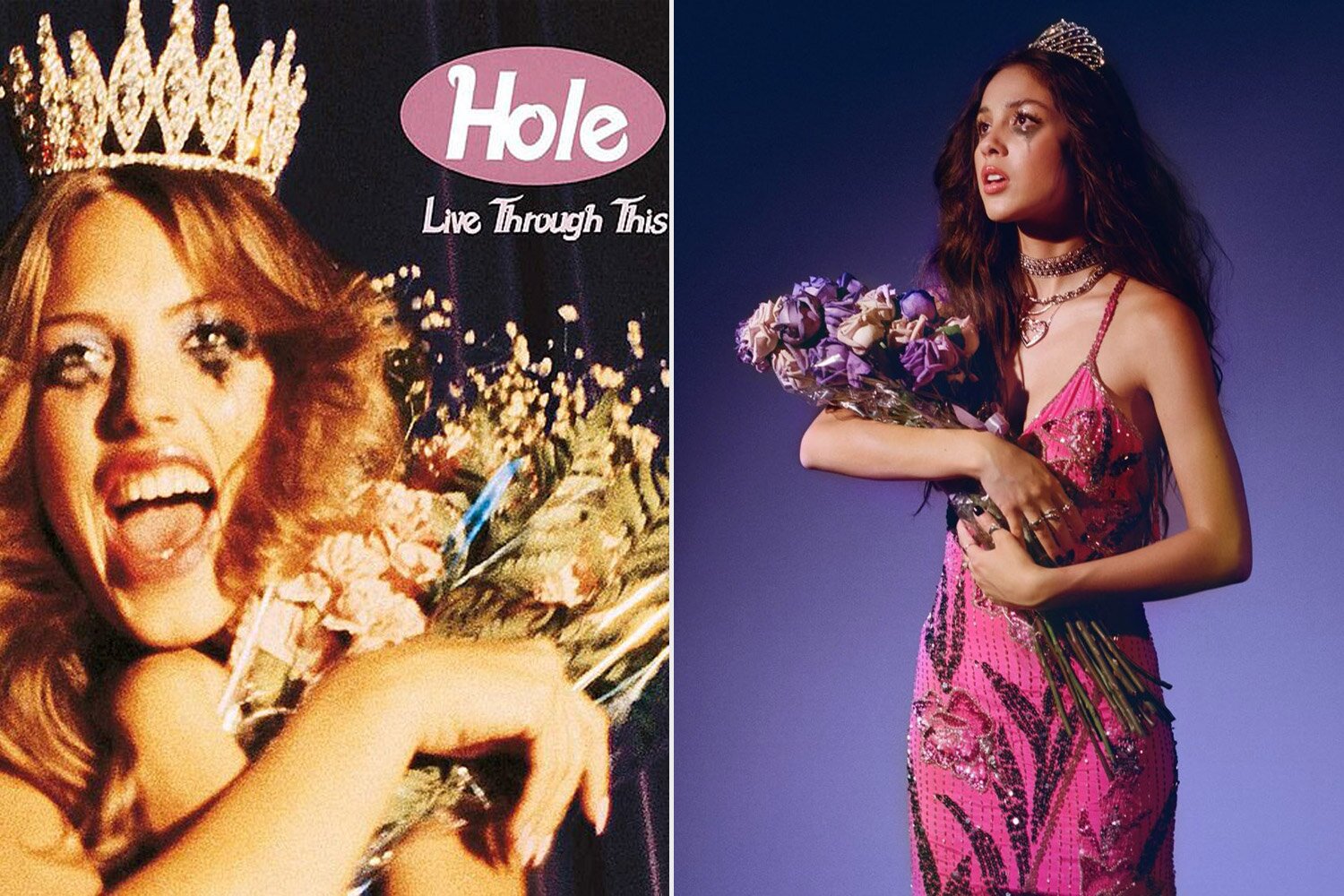 Courtney Love is accusing Olivia Rodrigo of copying the cover of Hole’s 1994 album Live Through This for a promo without giving her credit.

Comments poured in from fans on both sides of the fence with many more confused as to whether or not Love was being passive-aggressive towards Rodrigo or was genuinely supporting the young artist. Love made her stance clear in multiple responses.

In another message, Love specifically says Rodrigo should’ve asked her or cover photographer Ellen von Unwerth for permission to recreate their collaboration.

“it was rude of her, and geffen not to ask myself or Ellen von unwerth. It’s happened my whole career so i.d.c. But manners is manners,” Love said of Rodrigo, who signed with Interscope and Geffen in 2020.

She adds in another comment, “Stealing an original idea and not asking permission is rude. There’s no way to be elegant about it. I’m not angry. It happens all the time to me. And he really [sic] I’m very gracious or say nothing. But this was bad form. That’s not bullying or bomb throwing. This persons music has nothing to do with my life. Possibly never will. It was rude and I gave [sic] every right to stick up for my work…”

Rodrigo, who Love tagged on her social media posts, responded positively to Love, who founded the alternative rock band Hole in 1989, on Instagram.

“love u and live through this sooooo much,” Rodrigo wrote.

Love replied, “Olivia-you’re welcome. My favorite florist is in Notting Hill, London! Dm me for deets! I look forward to reading your note!”

The fan said in part, “I honestly had never heard of this person before your post. LTT’s cover is do [sic] much more emotional. It has so much more feeling. The girl’s facial expression has no substance. Honestly, I can’t tell if she is happy, regretful, or what! It’s like she was told to stand there and look waif-like.”

Love replied, “Disney. I don’t know kids stuff. But I think waif is the appeal? No idea.”

There were also multiple comments calling out Love for what they believe is hypocrisy, based on Love being inspired herself by Sissy Spacek‘s performance in the 1976 horror classic Carrie. Love vehemently denies the allegations by saying the idea for the cover was original.

“I’ve asked her for flowers and a note, your right. It’s rude not to be asked. I know Ellen von unwerth isn’t amused. And just to clarify? The Brian de Palma classic “Carrie” is another thing. My cover was my original idea. A thing you maybe have to actually live life to acquire? I don’t know.”

The thing is, von Unwerth participated in an oral history with Another Magazine in 2019 about that famous album cover. She confirmed Love was inspired by Carrie.

“Courtney Love called me,” von Unwerth shared of she and Love’s first conversation about the cover. “We were on the phone for one hour. I didn’t say much but listened, and Courtney had the idea of re-enacting the scene of the [1976] movie Carrie, which I loved, too.”

Love also slammed another fan who questioned if her idea was original.

“I doubt you did this first. I mean, nothing new under the sun and all that,” the fan wrote via Facebook. “Why not just take the nod and move on gracefully?”

Love responded, “don’t dare gatekeep me. I’m alive. And not in a c ship. It WAS IN FACT AN ORIGINAL IDEA! No one had done ‘it’. I pride myself on having them.”

As Love’s comments flooded in, multiple fans of Rodrigo noted she had previously shared images through IG Stories illustrating her inspiration for the shot that included a photo of Sissy Spacek in Carrie.