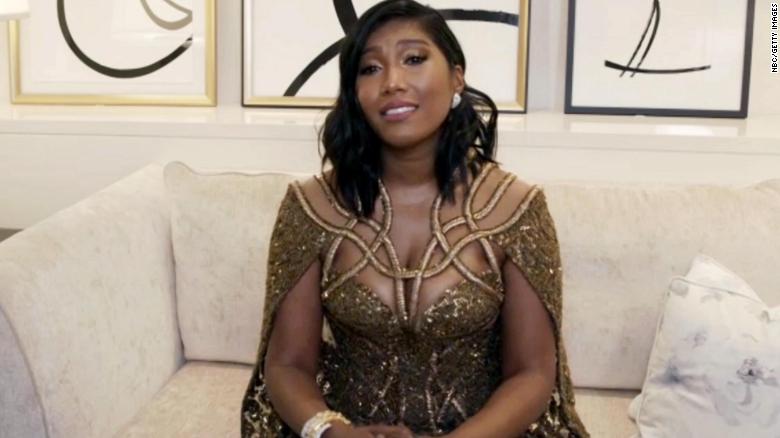 Taylor Simone Ledward accepts the Golden Globe award for best actor in a drama on behalf of her late husband, Chadwick Boseman. — (Photo by NBC/NBCU Photo Bank via Getty Images)

The late Chadwick Boseman was honored with a Golden Globe on Sunday for his incredible turn in “Ma Rainey’s Black Bottom.”Boseman’s wife, Taylor Simone Ledward, accepted the award — which was for best performance by an actor in a motion picture-drama — in his honor.Boseman died in August at age 43, after fighting a private battle with colon cancer.The moving and heartfelt speech, which was a fitting tribute to a hero gone too soon, is below:Content by BabbelMake 2021 the year you learn a new languageThis language learning service is designed to get you conversational in a new language in just 3 weeks, no matter your skill level or prior experience.“He would thank God. He would thank his parents. He would thank his ancestors for their guidance and their sacrifice.He would thank his incredible team Michael Greene, Azeem Chiba, Nicki Fioravante, Evelyn O’Neill, Chris Huvane, Logan Coles.He would thank his team on set for this film — Deidra Dixon, Sian Richards, Craig Anthony and Andrew Carlone.He would say something beautiful, something inspiring, something that would amplify that little voice inside of all of us that tells you you can, that tells you to keep going, that calls you back to what you’re meant to be doing at this moment in history.He would thank Mr. George C. Wolfe, Mr. Denzel Washington, lots of people at Netflix. He would thank Ms. Viola Davis, Mr. Glynn Turman, Mr. Michael Potts, Mr. Colman Domingo, Ms. Taylour Paige, Mr. Dusan Brown.And I don’t have his words, but we have to take a moment to celebrate those we love. So thank you HFPA for this opportunity to do exactly that.And, hun, you keep ’em coming. Thank you.”