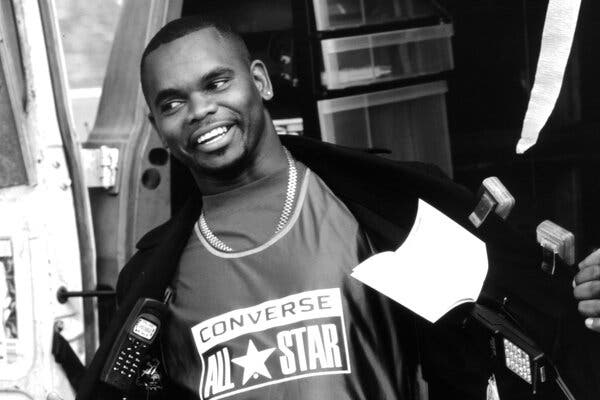 Mr. Johnson, whose other film credits include “House Party” and “Menace II Society,” died on Sept. 6, his agent said.

Anthony Johnson, an actor and comedian known for small but memorable roles in “Friday,” “House Party” and about two dozen other movies, died on Sept. 6. He was 55.

His death, in a hospital in Los Angeles County, Calif., was confirmed by his agent, LyNea Bell, and the county medical examiner’s office; neither specified a cause.

“If you made it out of Compton, you can make it anywhere,” he said in a 2018 interview with VladTV. “You had to be really careful and watch yourself back in them days.”

In a 2013 interview for a YouTube series called “Conversations of an Actor,” Mr. Johnson said his father, Eddie Smith, was a stuntman who worked with Eddie Murphy, Arsenio Hall and other stars. His father, he said, helped him get his start in the industry by getting him involved in work behind the scenes.

“He told me whenever I’m on camera to always stand out, to do something on camera to make people remember me,” Mr. Johnson said in the 2018 interview.

In the 2013 interview, Mr. Johnson said he had never taken an acting class.

“It’s, like, real easy to act,” he said. “You just put yourself in the situation that you’re not in but you really want to be in.”

Mr. Johnson’s survivors include his wife, Lexis, and three children, as well as a brother, Edward Smith, and a sister, Sheila.

As the news of Mr. Johnson’s death spread on Monday, actors and performers shared memories and brief appreciations on social media. Ice Cube described Mr. Johnson on Twitter as a “naturally funny dude.”

The rapper and actor Shad Moss, who is also known by his stage name, Bow Wow, credited Mr. Johnson with helping to set his career in motion. In a video on Instagram, he said that Mr. Johnson had been serving as the M.C. on the 1993 Chronic Tour, headlined by Dr. Dre and Snoop Dogg, when he picked Mr. Moss out of the crowd and invited him backstage.

“If it wasn’t for A.J. Johnson’s eyes, and then picking me out of the crowd out of 20,000 people in Ohio, I don’t think there would have ever been a Bow Wow,” he said. “You will truly be missed, and you’re definitely going to go down in history as one of the greatest.”

In addition to performing standup comedy and acting in movies, Mr. Johnson said in 2013 that he had also appeared in plays, and expressed a desire to return to the stage.

“It’s like doing standup,” he said. “I love it. I love the theater. That’s where I’m going back.”

Mr. Johnson said that Robin Harris, an actor and comedian who also appeared in “House Party,” had helped him early in his career, including by giving one of his first shots at doing standup.

“I did about three minutes and got booed,” Mr. Johnson said in the 2013 interview. “He told me to go home and make up some jokes. I came back, and the rest is history.”