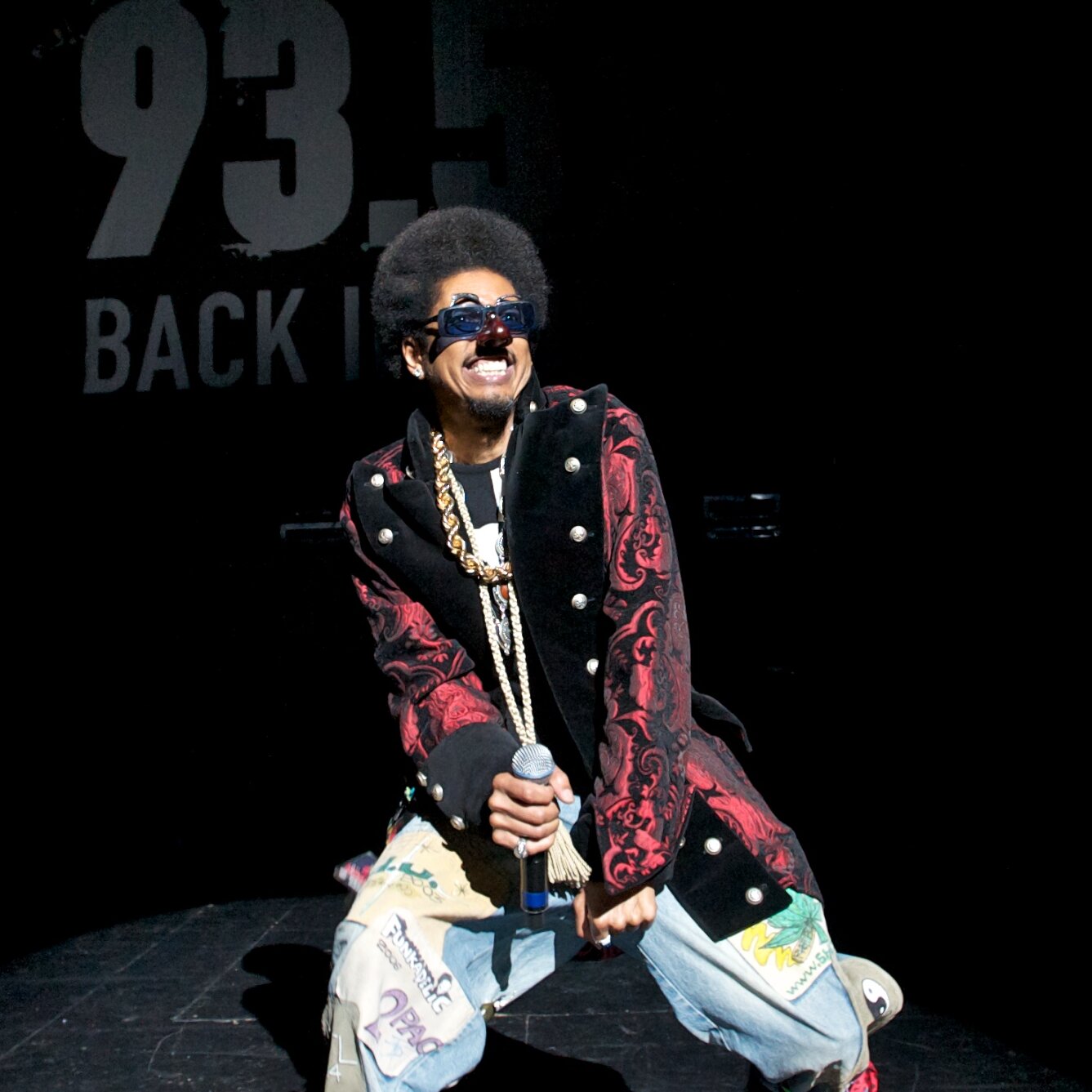 Shock G, famous for Digital Underground’s hit song “The Humpty Dance” and his work with Tupac Shakur, is dead.

The rap legend was found dead Thursday in a hotel room in Tampa … according to his father, Edward Racker.

We’re told the cause of death is unclear but there were no signs of trauma. Shock’s father says authorities will conduct and autopsy.

The opening lines of Digital Underground’s chart-topping 1990 breakthrough, “The Humpty Dance” doubled as a prophecy. Under his nom de schnozz, Humpty Hump, the performer alternately known as Shock G bellowed, “all right stop what you’re doing because I’m about to ruin the image and the style that you’re used to.” This flamboyant introduction foreshadowed the Oakland, Calif., virtuoso’s eventual legacy, or legacies. He was a psychedelic rap pioneer who was one of the first — and best — at translating George Clinton’s P-Funk across genres and generations. He was a high concept ringleader of a canonical hip-hop band indelibly remembered for a song cycle about NASA-created “sex packets” that somehow helped cement hip-hop’s status as a genre with immense crossover power. He was an eccentric visionary who collaborated with Dr. Dre and Prince, and helped discover 2 Pac and produced tracks that would make him a star. And with his amorous Humpty creation, he ensured that Burger King bathrooms would never be seen the same way.

Born Gregory Jacobs, the rapper, producer and multi-instrumentalist who died Thursday at the age of 57 was raised in Brooklyn, but after landing in the Bay Area he irrevocably shifted the fault lines of West Coast hip-hop. His sleazy fluorescent funk laid the foundation that DJ Quik and Dr. Dre refined and expanded upon. And while Digital Underground weren’t the first hip-hop ensemble, they served as vital connective tissue between the originators Stetsasonic and the hippie festival-friendly jams of the Roots.

Spending his formative years in Brooklyn and Queens, he received his hip-hop education as the art form evolved out of its park-jam genesis. By the mid-80s, he found himself in Oakland, which is where in 1987 he met Chopmaster J, his future co-founder in Digital Underground, who was then a jazz drummer attempting to transition to the synthesized era.

Christening themselves Digital Underground, their 1988 debut 12-inch, “Underwater Rimes” promised a hallucinogenic underwater “hip-hop extravaganza” of pink champagne, octopus brains and aqua-blue jail cells. It arrived at the height of hip-hop’s first Golden Age: The Bay Area was governed by what Shock G called the “curly fry” pimp rap styles of Too Short and Freddie B while back on the East Coast realist rappers boasted over muscular breakbeats and James Brown loops. Meanwhile, Shock G chopped up Herbie Hancock’s “Chameleon” infusing it with some Parliament-Funkadelic freakiness and Prince’s velvet auteur assault. It was Slick Rick on mescaline, backed by Bootsy Collins: defiantly weird and so funky you might drown. It sold roughly 18,000 copies and charted modestly well in England and the Netherlands.

The windfall arrived when Tommy Boy Records, the home of De La Soul and Queen Latifah, offered Digital Underground a record deal, contingent upon whether their first major label single sold 80,000 units (it did). The totality of Digital Underground’s genius is everywhere on “Sex Packets’” two singles: “Doowutchayalike” and “The Humpty Dance.” The videos are long seared into the memories of anyone who ever watched “Yo! MTV Raps” at the dawn of the ’90s: funk-rap bacchanalias in superfly costumes, full of goofily endearing voices and a sense of rollicking liberation. Digital Underground were the divine mutant spawn of George Clinton, but bridged with the Bay Area traditions of the Merry Pranksters and the Black Panthers. It’s here that the world met Humpty Hump, Jacobs’ bug-eyed amalgam of Benny Hill, Michigan J. Frog, Morris Day and Groucho Marx. In the spring of 1990, it peaked at No. 11 on the Billboard Hot 100, making it the year’s most commercially popular rap song apart from Vanilla Ice’s “Ice Ice Baby.”

Rarely mentioned among hip-hop’s biggest crossover moments, “The Humpty Dance” introduced the genre to a micro-generation of older millennials. Unlike most rap songs that had previously reached the Top 40, “The Humpty Dance” sacrificed nothing for the sake of mass appeal. It was brazenly profane and lovably bizarre, a karaoke staple without being corny; Humpty describes himself as MC Hammer on crack, tickles girls “in the biscuits” and hornily shouts the song’s “Do me baby!” refrain. It boasted universal appeal to children and adults without being juvenile; it was novel without being a novelty. Unfortunately, its runaway success would unfairly cast a long shadow over the rest of Jacobs’ career.

Rushing to capitalize on the success of the platinum-certified “Sex Packets,” Digital Underground released two albums in 1991. The first, “This is Not An EP,” introduced the world to 2 Pac, who by now had become a full-fledged member of the group. The group’s sophomore EP, “Sons of the P” went gold, once again mining George Clinton for its carnal nursery rhyme single, “Kiss You Back.” But for all their unabashed perviness, Digital Underground saw women as sexual equals, if not exalted deities, a stark contrast to many of their peers who saw them as objects of degradation.

When 1993’s “The Body Hat Syndrome” failed to earn radio or MTV play, Digital Underground was dropped from Tommy Boy, as the label struggled to find its footing in a hip-hop world suddenly dominated by West Coast gangsta rap and East Coast hardcore. In later interviews, Jacobs lamented the burden of the label’s expectations that everything should revolve around Humpty. Apart from his biggest smash, Jacobs is perhaps best remembered for his close artistic kinship with 2 Pac. In the years between 1989 and 1995, Jacobs produced nine songs for the future icon, including “I Get Around,” the million-selling anthem that first introduced him to mainstream music audiences.

There would be remixes for his idol Prince and multiple collaborations with George Clinton. Jacobs discovered the underground Oakland rap legend Saafir and memorably popped up as both Shock G and Humpty Hump on the immortal remix of Luniz’s “I Got Five On It.” His independent albums deserved a much better reception than they received. But Jacobs unmistakably left a singular mark — he was both a definitive creature of his own time and completely unmoored from it, an extraterrestrial emissary of the funk, a polka-dot-wearing, lumpy oatmeal-eating freak of the industry. If there is funk after death, the house party has already begun.

The Feel Good Radio Show featuring Big Ace and “The Most Interesting Dj In The World’. DJ RUDD 5 PM - 8 PM