WASHINGTON – President Donald Trump vetoed a bipartisan resolution Wednesday that would limit his ability to unilaterally launch a military attack in Iran, arguing that the measure was an election year ploy by Democrats to divide Republicans.

The resolution, which the House had approved in March, marked a rare bipartisan effort to curb Trump’s powers and underscored lingering concerns among some lawmakers that tensions with Tehran could escalate into a war. Supporters have acknowledged they do not have enough support to override Trump’s veto, the seventh of his presidency.

Though the veto was expected, Trump’s statement leveled unexpectedly harsh criticism at members of his own party who supported it. Trump described the resolution as “very insulting” and dismissed it as a “strategy to win an election.”

“The few Republicans who voted for it,” Trump said, “played right into their hands.” 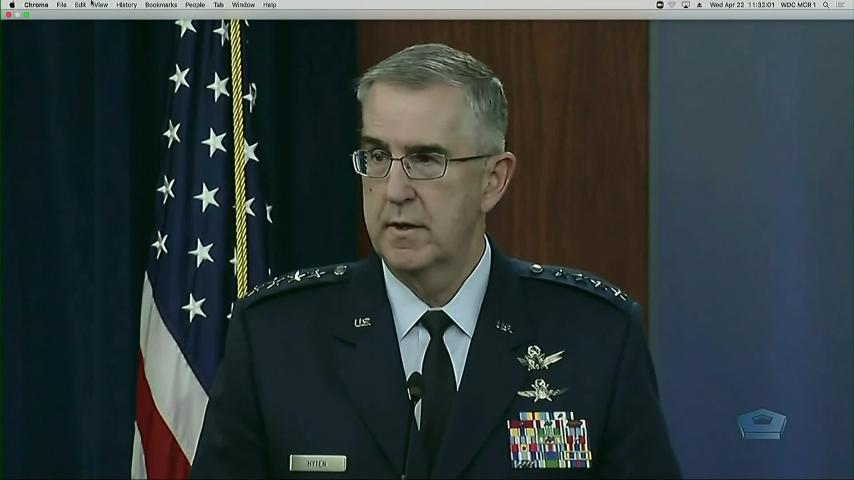 Six Republicans in the House joined 220 Democrats in supporting the war powers resolution. The measure cleared the Senate with eight Republicans and all Democrats.

The Senate plans to vote Thursday on whether to override the veto, Senate Majority Leader Mitch McConnell said.

Trump made his predecessor’s posture toward Iran a centerpiece of his 2016 campaign, suggesting that a nuclear agreement worked out by President Barack Obama on behalf of the USA and five other nations was too soft on the country. Tensions have flared significantly since then, culminating in a U.S. drone strike that killed Iranian Major General Qasem Soleimani near Baghdad International Airport in January.

Trump has frequently touted the killing of Soleimani on the campaign trail.

Lawmakers who supported the measure conceded they do not have the two-thirds majority needed to override a veto in either chamber. But the House and Senate votes were a rebuke to Trump and signaled disapproval of his Iran policy.

“The American people don’t want war with Iran. The Congress has not authorized war with Iran. That should be crystal clear,” Rep. Eliot Engel, chairman of the House Foreign Affairs Committee, said during the House debate in March.

Engel, D-N.Y., and other Democrats said Trump brought the United States to the brink of war with Iran when he green-lighted the deadly strike against Soleimani on Jan. 2. Iran responded by launching ballistic missiles at an Iraqi air base housing American troops, which left more than 100 service members with traumatic brain injuries.

Tensions have eased recently as both countries turn their attention to battling the coronavirus pandemic.